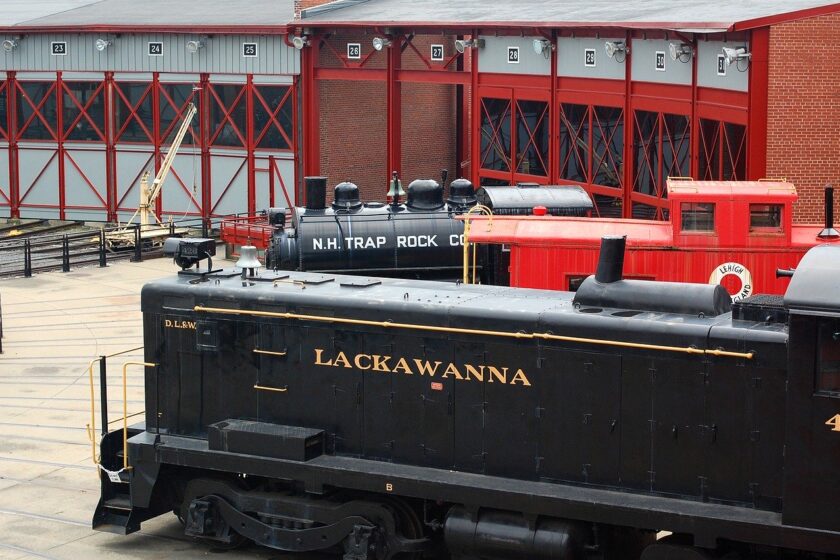 Situated on over 25 ha in the downtown area of Scranton, Pennsylvania, United States, the Scranton Pennsylvania Steamtown Railroad Museum is a railroad museum and National Historic Site featuring several of it’s original outbuildings built between 1899 and 1902.

• Much of the railroad equipment and steam locomotives housed at the Pennsylvania Steamtown Railroad Museum was donated by the New England millionaire and seafood processor F. Nelson Blount who first founded the Steamtown Foundation as a non-profit organization to manage the expedition and steam railroad museum, Steamtown located in Bellows Falls, Vermont.

• In 1984 Steamtown was relocated to Scranton, Pennsylvania as a form of urban redevelopment.

• In 1986 and after much debate, the United States House of Representatives approved an $8 million budget to transform the museum into a National Historic Site.

• National Park Service by 1995 acquired and upgraded facilities at the museum a cost of $66 million.

• By 2008, lack of visitor turnout and high costs to remove asbestos from many of the museum’s exhibits provoked several discussions about privatizing Steamtown.

• Steamtown museum, visitor center and theater all highlight the technology and history of steam railroads in the United States and Pennsylvania.