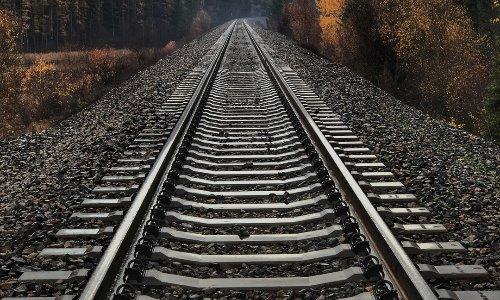 • Established in 1868 and today served by only freight trains, North Platte was first proposed by chief engineer Greenville Dodge as a railroad town due to its location from Grand Island and available water supply. Following the receiving of it’s first train in 1866 the town which in it’s earliest history was known as “Hell on Wheels” then later Dodge, built several major shop facilities and winter lodgings for its officers.

• In 1867 the Bailey Yard began directing its main line operations through the town. The early yard which functioned as a flat-switched yard consisting of 20 tracks allowed Buffalo Bill to transport his Wild West Show located as Scouts Rest Ranch at North Platte quickly across the United States.

• Between 1941 to 1946, the North Platte Canteen served tens of thousands of volunteers and service members from North Platte and the surrounding towns with baked goods, refreshments and hospitality as they travelled across the United States. In 1971 and after more than 100 years of service the yard discontinued it’s passenger service.

• Established as a division pint for the sorting of trains and railroad officers, North Platte was responsible for the maintenance and repairs of equipment.

• In 1948 and after World War II Bailey Yard was upgraded as a hump yard consisting of 42 tracks.

• In 1995 due to its enormous size, Bailey Yard was ranked as the world’s largest railroad yard by the Guinness Book of Records. It was also featured in an episode on the television program The History Channel’s Modern Marvels, “Freight Trains”.