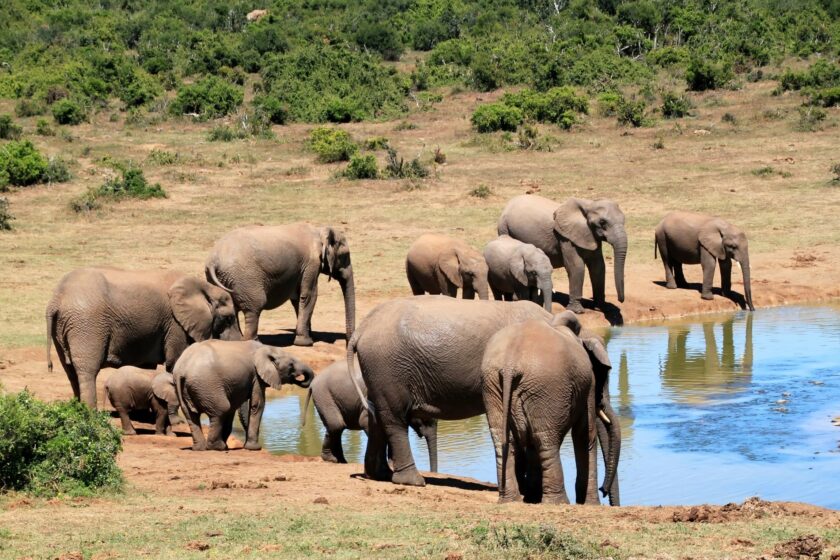 The animals living in African are some of the largest species on the planet. Some of the biggest elephants can weigh over 14,000 pounds.

Some of the oldest animal species on our planet are also found in Africa. When the dinosaurs went through a mass extinction event, prehistoric crocodiles were able to survive.

Africa is also home to many of the fastest animals. The lion, wildebeest, cheetah, and Thompson’s gazelle all have massive quickness, although the 70mph burst from the cheetah wins the race.

Giraffes don’t get a lot of sleep during the day. Most of them rest in five-minute stretches about six times per day. They usually rest while standing up to protect their long necks.

Leopards mark their territory, as do most other cats. What makes this action unique is that their urine smells exactly like buttered popcorn.

Zebras might all look the same, but each one has a unique striping pattern. It is a lot like a fingerprint.

Africam is a premier African animal webcam site streaming live video to you directly from the wild regions of Africa. If you’ve always dreamed of going on an African safari but haven’t been able to make it, sit back and relax… and enjoy the sights and sounds of Elephants, Flamingos, Lions, Tigers, Zebra, Antelope, Cheetahs and more. They also have webcams in other parts of the world such as Bald Eagles and Osprey in North America. You can also view archived video and images from previous dates. Africam is certainly a five star animal webcam site.

Watch Flamingos in their natural habitat located at Kamfers Dam just north of Kimberley, South Africa. This area is a popular breeding site for Lesser Flamingos.

This site has many different webcams located in Kenya, Africa. They are not all African wildlife webcams, but I think you will still enjoy them. Locations include Kilimanjaro, Ngong Hills, Mount Kenya, Tsavo West, Ukanda and more.

This webcam features a view of Rhinos living at the Paignton Zoo in Devon, UK. What Rhinos on this cam with streaming video from 9 am to 7 pm local time in the UK.

This site has live webcams at SANParks in South Africa. Watch wild animals such as elephants, antelope, rhinos, zebra and more. Webcams are located at ponds including Satara, Orpen, Nossob and Addo.