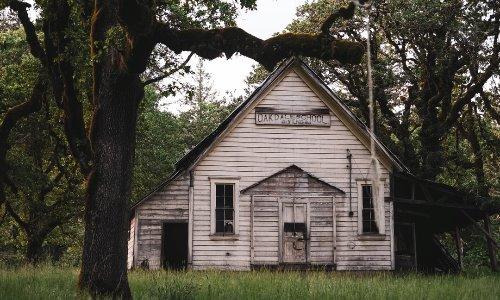 According to traditional beliefs, ghosts, often referred to as a specter, apparition, spook or phantom is the soul of a deceased person which appears in the form of a spirit or another form of visual manifestation to the living. Various accounts and descriptions of ghosts and other apparitions have been widely reported, ranging from those which appear ad vaguely transparent to others as visible wispy figures to some with the appearance of realistic lifelike versions. Persons who attempt to deliberately contact or communicate with the spirit of a deceased individual are famed to practice what is often known as necromancy or séance according to the Christian doctrine Spiritism.

The belief in manifestations of the spirits of the deceased persons dates as far back as to the practice of pre-literate cultures who were noted for worshiping their ancestors in in what was known during that period as ancestor worship or animism. Many religious practices such as exorcisms, funeral rites, and other forms of ritual magic and spiritualism are primarily  designed to put the spirits of the dead to rest. Nonetheless most ghosts are often described as a lonely quintessence which will haunt a specific location or house, a particular object or even a person of whom the spirit when living may have been closely associated with. Additionally accounts of ghosts have been frequently reported as told through stories where that are rumored to exist in the form of phantom ghost armies, on ghost ships and trains and sometimes in the form of ghostly animals.

Facts about Ghosts and Haunted House

Located in Evansville, Indiana within the United States it is rumored that the Willard Library is haunted by the ghost known as the Gray Lady. The veiled specter was first seen by the library’s janitor in 1937 while in the basement. Since the initial sighting there have been several reports made by other members of staff who have expressed that they had seen and even smelled her perfume and witnessed the unexplained turning on of the faucets in the library. Some believe that the Grey Lady may have been the ghost of Louise Carpenter who was the daughter of the founder of the library.

The Willard Library website features three web cams which can be viewed by clicking on the link posted below where visitors may catch a glimpse of the Grey Lady as well as some screenshots of the apparition that were captured by other viewers.

The 1645 Llancaiach Fawr Manor located at Caerphilly, South East Wales within the United Kingdom is undoubtably one of the most popular tourist attractions where visitors can talk and learn about traditional Old English customs of ordinary everyday folk who lived there more than 350 years ago. The Manor rumored to be haunted features a live webcam switched on between the hours of 7 p.m and 11 p.m on weekday evenings during the Ghost Tours.

Haunted Doll House Webcam
This webcam features several creepy dolls that apparantly are possessed. They might look innocent, but keep an eye on the dolls and you may get creeped out. Check out the forum to see the latest screenshots.

Davids Ghost Cams
This site is home of Davids Ghost Webcams in Illinois. There are six cam in a Victorian home that is over a hundred years old. Do some ghost hunting from the comfort and safety of your home! Zoiks!