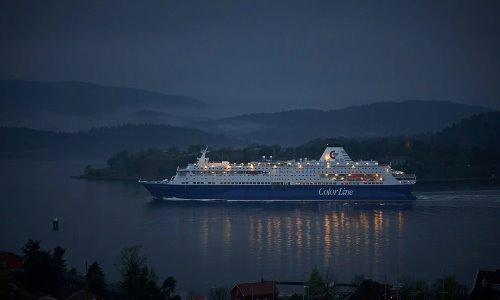 The cruise ship often referred to as a liner is a merchant ship whose primary function serves to carry passengers on pleasure voyages, in which the voyage and the facilities of the ship become a feature of the encounter for the passengers as well as the various port of call along the journey. The main purpose of the cruise ship or liner is not transportation; as the cruise liner are known to primarily operate on routes scheduled for returning passengers to their port of origin, for this reason the ports of call are generally within a specified region of any given continent.

▪  Sometimes a cruise ship will embark on a “cruise to nowhere” commonly referred as nowhere voyages during which the cruise ship will make two or even three round day trips without any ports of call.

▪  Dedicated transport oriented ocean liners by contrast perform “line voyages” generally transporting passengers from one point to the other instead of a round trip. Ocean liners for the purpose of transoceanic trade are traditionally built to a much higher standard that the average cruise ship, and as such are fitted with stronger plating and higher freeboard to survive adverse conditions and rough seas often encountered in the open ocean. Additionally ocean liners contain a larger capacity for fuel, larger storage of consumption during long voyages and victuals compared to the dedicated cruise ship.

▪  In spite of the fact that ocean liners were originally seen as having distinctive characteristics which made them unsuitable to be used for cruises, such as their high fuel consumption, enclosed waterproof decks which were unsuitable for tropical weather, cabins built for passenger numbers rather than luxury, and a deep draught which limited the ship from entering shallow ports; the progressive shift in the design of passenger ships from ocean liners to cruise ships was maintained which often resulted in passenger cabins moved from inside the hull of the ship to the upward extension with independent verandas. Modern-day cruise ships however, foregoing seaworthiness quality have included a number of facilities such as regattas or landing a small boat for launch often designated as “balcony-laden floating condominiums” to accommodate water tourists.

▪  With particular respect to deployment, the contrast between the cruise ship and ocean liner has become somewhat indistinct and although there are notable differences in their construction, much larger cruise ships have embarked on longer journeys such as transoceanic voyages often not returning to the same port for several months during longer round trips. A typical example of an ocean liner operating as a cruise ship can be seen in the Global Maritime owned cruise ship Marco Polo under charter to the UK-based Cruise and Maritime Voyages.

▪  To date two of the most colossal cruise ships worldwide are Royal Caribbean International’s Oasis-class cruise ship MS Oasis of the Seas along with her sister ship MS Allure of the Seas. Both cruising the Caribbean from Port Everglades in Fort Lauderdale, Florida.

The online website at www.crusin.me has to date one of the largest collection of links to port and cruise ship webcams across the globe. With links to over over 400 Cruise Port Cameras and more than 200 ships with updated images once every 30 seconds as well as every 15 minutes viewers to their website can be guaranteed that they have the latest webcam images without the hassle of having to manually refresh the webpage.

Many of the included webcams monitored by the Cruisin website are live stream videos, however there are a few that are not live stream but instead provide a current image of the location refreshed every 30 seconds.

Below are just a few of the Cruisin Ship Cruise Ship Webcam Links.

The Port Everglades Cruise Ship Webcam hosted by Florida based PTZtv webcam solutions with live audio offers a 24/7 live HD-quality live stream service to online viewers featuring a number of cruise ships, tankers, sailboats, mega yachts, fishing boats container ships and just about every type of water craft imaginable. The website featuring a cruise ship sail away feature allows viewers to follow each cruise ship at it sails out of Port Everglades Florida. Viewers by clicking on the links provided below can enjoy a panoramic view of Port Everglades taken from the Hyatt Regency Pier Sixty-Six Hotel as well as a close up of friends and family members on a number of cruise ships from, Celebrity Cruises, Holland America Line, Royal Caribbean International, Carnival Cruise Line, Regent Seven Seas Cruises and many more.

Founded in 1965 with a single ship sailing to Mexico, Princess Cruises has become the third and one of the largest and most recognized cruise lines in the today widely recognized for their highly innovative ships as well as an array of onboard passenger options. With a now fleet catering to over a million passengers every year to more worldwide destinations than any other major cruise line Pacific Princess is aptly accepted as a leader in worldwide cruising.

The Pacific Princess website www.princess.com features a number of bridge and wedding cams images taken from a number of their cruise ships shown in some of the links posted below.