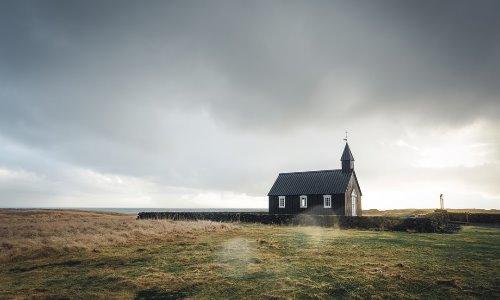 Primarily used for a number of religious activities the Church building commonly referred to as the Church is widely recognized as an pace for worship. Although the term Church is mainly used by Christians in reference to their religious buildings, the word has also been widely used by a variety of other religions as a temple or general meeting place. According to historic Christian architecture the Church is generally designed in representation of the instrument used in the crucifixion of Jesus Christ.

This distinctive feature can be easily observed when looking at the architectural floor plan which would show the longest section of the Cross being used for the aisle and the altar positioned squarely at the junction. Further construction of domes or towers were later added to inspirationally capture the view of the passing observer or visitor by creating a visual effect of looking towards the heavens.

Church buildings today have been known to contain a variety of construction techniques and designs as many buildings which were build for alternative uses have since then been remodeled to be used as a Church, and in a similar manner many previously abandoned Church buildings have been restructured for other uses such as orphanages, homeless shelters and a number of humanitarian buildings.

Facts about the Church

Occasionally referred to as the St. Mary’s Pro-Cathedral or just Pro-Cathedral, the St mary’s Church today is the episcopal seat of the Roman Catholic Archbishop of Dublin and the Primate Ireland.

The Cathedral or Pro-Cathedral originated from the anti-Catholic Penal Laws restricting Catholicism during the sixteenth century which prevented Roman Catholics from celebrating Mass or conducting sacraments in view of the public. By the nineteenth century many of the Penal Laws were revoked or were no longer imposed resulting in Catholicism abandoning its previous shape as a religion practiced in secret.

In 1803 the Lord Annesley’s townhouse located on the corner of Marlborough Street and Sackville Street known today as O”Connell Street was purchased by the then committee formed by Archbishop John Thomas Troy which was later transformed to the St Mary’s Pro-Cathedral we know today.

The Cathedral broadcasts a live service of its daily 11 am Mass as well as their Sunday Service additionally ad 11am by visiting the link posted below:

Located at 756 Mission Street San Francisco, California and often said to be the most Irish church found in the United States, the St Patrick Church serves a wide variety of individuals from several nationalities.

The church more than one hundred years old contains signs of visual damage within its walls having been rebuilt on multiple occasions after surviving the catastrophic earthquake and fire.

The St Patrick’s Church in Murlog, Lifford, Co Donegal broadcasts a live telecast of their daily Mass services Monday through to Saturday at 10am and their Sunday Worship on Sundays 7:30am, 9am and 11am.

Founded in Ireland in 2005 Church Services TV has been observed as one of the leading providers of technology in Ireland as a member of the Church Support Group integrating a number of useful services for several viewers including broadband, mobile services land line telephones and CCTV. Their online streaming website allows viewers access to a number of Cathedrals and Churches featuring a variety of events including Baptisms, Weddings, Novenas Mass and Church Services.

The St. Peter and Paul Church, Portlaoise was dedicated by Mgr. James Conway, V.G on the 4th of July 1965 after 24 years of planning and fundraising under the guidance of Fr. Tom Browne P.P to build the largest Church within the Diocese.

The Church via its website broadcasts a live telecast from its Church of their Mondays to Fridays mass held at 7am and 10 am, Saturdays at 10am, their Sunday Service at 8:30am, 10am, 11:15am and 12:30pm with Vigil Saturday evenings at 6:30pm.