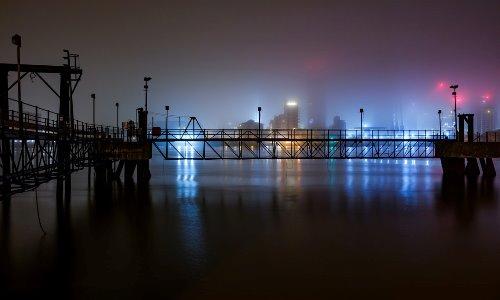 Originally referred to as Lake Mabel and Bay Mabel Harbor, Port Everglade was officially established by the Florida State Legislature as a deep-water harbor in 1927. The name Port Everglades was appointed as a result of a name change contest that was organized by several local women’s clubs. Port Everglades was selected to represent the seaport as “The gateway to the rich agricultural area”. An official dedication ceremony was held on February 22, 1928 with 85 percent of the residents of the Broward County (where the port is located) in attendance.

The video features footage from the six day eight-ship cruise day celebration which began on November 17, 2012. The most recent celebration occurred on December 1, 2012; December2, 2012; January 6, 2013; March 17, 2013 (as shown in the video); and April 6, 2013. The Port Everglades terminals renovations totaled $54 million and included renovations terminals 2, 19, 21 and 26 which were reconstructed, expanded and modernized.  The video features several ships of all sizes such as The Spirit of Lauderdale, Celebrity X Cruise and the Ruby Princess. A jet ski can be seen traveling behind the Nieuw Amsterdam Rotterdam. Individuals can be seen throughout the footage on land viewing the ships as they set sail.

The web camera footage provided by PTZTV consists mainly of views of the ocean. Building structures can be seen similar to islands with water on each side of the land. The camera angle provides full views of the sky and surrounding building structures. In the fiscal year 2011 operating revenues were estimated at approximately $139 million. There are more than a dozen Cruise ships operating out of Port Everglades which has three different entrances. According to a study that was performed by Martin Association whom is recognized on a national level, the port supports 11,700 direct jobs and approximately 201,000 jobs statewide. The port size was increased by 41 acres in the year of 2010, allowing the port to increase their freight area by 15 percent.

Camera 3 consists mainly of views of the ocean and passing water vehicles traveling in the ocean used by the Port Everglades. A flag pole with the American flag can be seen in between two palm trees. Port Everglades consist of 11 full time terminals for 15 ships. The peak season is from November to April however the port is used all year round and has been used to dock many notably famous ships such as the RMS Queen Elizabeth, Queen Mary 2, Oasis of the Seas and Allure of the Seas. There is also a medium in the center of the ocean with what appears to be a watch tower.

The web cam seen in the link below is streaming continuous footage of the airboats leaving the docks, as well as live shows in the Everglades in the state of Florida. Footage of the Animal Planet TV “Gator Boys alligator show”, fishing & wildlife adventures, events and boat rentals can be seen streaming from this webcam.  The Gator Boys alligator show features airboat adventures through the Everglades in areas in which Florida alligators tend to habitat. The footage is provide the audience about alligators which decent from dinosaurs.  Everglades Holiday park is where the reality is filmed from the majority of the time.  Educated airboat conductors guide the audience throughout the program.