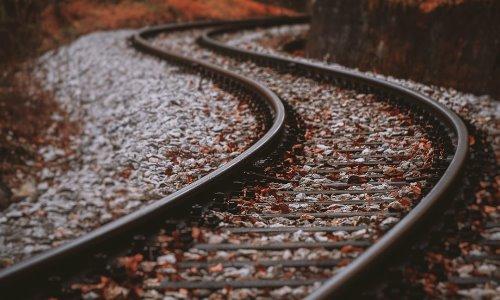 724 m in length and 400 m in diameter, Horseshoe Curve is a railroad curve consisting of three tracks located five miles west of Altoona on the Norfolk Southern Railway’s Pittsburgh Line in Pennsylvania.

• Horseshoe Curve was first built in 1854 by the Pennsylvania Railroad as a replacement to it’s tedious Allegheny Portage Railroad.

• Built using only men with pick, shovels, horses and drags, Horseshoe Curve was completed without the use of any heavy equipment.

• Due to the increased demand for travel by train in 1898 a third track was added to the curve and later a fourth in 1900.

• A fundamental railroad since its opening, Horseshoe Curve during World War II was used to transport troops and materials for allies.

• In 1966 following it’s ownership and use by the Pennsylvania Railroad, Horseshoe Curve was designated a National Historic Landmark and added to the National Register of Historic Places.

• Horseshoe Curve along with it’s trackside observation park built in 1879 has long served a popular destination for tourists.

• During the early 1990s the park built a 6,800 square-foot visitor center which today houses several historical artifacts and memorabilia related to Horseshoe Curve.

• Prior to World War II passengers were allowed to travel by train to Kittanning Point station near the Curve.

• In 2004 Horseshoe Curve was acknowledged as a National Historic Civil Engineering Landmark by the American Society of Civil Engineers.

Click on the link below to watch a live train video and listen dispatcher audio with Norfolk Southern freight trains and Amtrak’s Pennsylvanian at Horseshoe Curve National Historic Landmark close to Altoona, Pennsylvania.