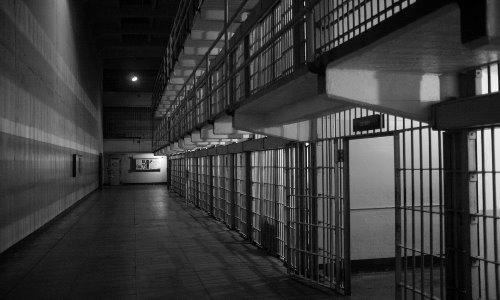 Sometimes referred alternatively ad a prison, the jail is generally viewed as a facility which compels an individual to a state of confinement where they are denied their right to freedom under state law and authority as a means of punishment for crimes previously committed.

Widely used as a part of the judicial system persons officially charged or subsequently convicted of a crime are incarcerated to a jail or prison cell before eligible to be brought before trail during which a jury of their peers may serve so as to determine their guilt or innocence of which if found guilty are generally required to observe the duration of their imprisonment.

Other than being customarily used for the punishment of individuals who commit civil crimes, various forms of governments throughout history and even today have been known to frequently use jails and prisons as political repression tools to enact punishment against persons committing political crimes against the state, most of the time without having to go to trial or requiring any due legal process; an action which according to most international laws known for governing the lawful administration of justice terms as illegal.

Prisoners of war captured and imprisoned during conflict are often detained in a prisoner of war camp or military prison whereas larger civilian groups are often imprisoned without trial in internment camps.

▪  The history of the jail can be outlined to as far back as to the development of organized communities living under a single government founding of a set of legal codes to be used as official guidelines for enacting social structure. According to historic facts the earliest legal code documented was the Code of Hammurabi, drafted in 1750 BC Babylon which enabled the punishment of individuals for their retaliation by the affected victims.

▪  The Romans were the first recorded civilization to actually use prison as a custom of punishment instead of as a measure of simply detaining the accused individual. The keeping of the right and ability to imprison individuals nonetheless, allowed a level of legitimacy to government officials regardless of their status, from city councils to kings and even regional courts; recognizing the capability to have another individual imprisoned or even put to death as a symbol of authority and social power over others. Similarly sentencing individuals to slavery was equally recognized as a form of common punishment, where people would be chained together and locked in the bottom of shipping vessels where they were forced to row merchant or naval ships.

▪ One of the earliest most notable prison reformers to date was made by the philanthropist and English prison reformer John Howard. Having visited a large number of prison facilities across Europe and England during his tenure as high sheriff of the ceremonial county Bedfordshire Howard published the first edition of The State of the Prisons in 1777. Outraged in his discovery that prisoners who had been formerly acquitted were still confined out of their inability to pay the jail fees Howard submitted a number of reforms to the prison system which included the right of each prisoner to their own cell, that prisoners had the right to a healthy diet and reasonable living conditions, that inspection of the outside prison surrounding should be maintained and enforced and that the prison staff should be professionally trained and paid by the government. Subsequently it was Howard’s motion that set the basis for founding the Penitentiary Act in 1779 which introduced religious instruction, labour regime, solitary confinement and the proposal of two state penitentiaries, for both women and men respectively.

▪  The idea of a modern day prison system was first realized in London, under the influence of the British philosopher, jurist and social reformer Jeremy Bentham who introduced the concept of control and observation which is used today as the foundation of many of the modern-day prison systems seen today.

▪  Prisons facilities as seen today are generally as surrounded by earthworks, walls, various forms of fencing as well as specific geographical factors and other forms of barriers as a deterrent to prevent the escape of the housed inmates. Many are known for containing multiple barriers, electrified fencing, concertina wires, security towers, defensible main gates, motion sensors, security lighting as well as roving patrols and dogs proportional to the security level of the specific prison and the type of inmates incarcerated there.

▪ Inmates on arriving to their respective prisons are often subjected to a process involving a risk assessment, and security classification to adequately determine where they should be placed within the prison system. Such classifications are generally performed by a evaluating the prisoner’s criminal and personal record and subject to the recommendation by intake personnel such as a councilor, mental health worker or prison unit manager.

▪  Modern-day prisons are known for housing thousands of inmates within a single facility. Each recognized as having the right to adequate onsite facilities to meed their daily needs, including entertainment, health, fitness, education, dietary, and right to religious practices as well as many others.

▪  Prisons found wealthy, and industrialized countries are noted for providing the respective health care facilities for their inmates, which often requires the medical staff to play an active role in the monitoring, controlling and organization of the prison population by enacting psychiatric assessments and the administration of psychiatric drugs, assistance in isolation of prisoners in mental health units among other duties.

The Brevard County Sheriff’s Office in Florida via their website www.BrevardSheriff.com features an online webcam offering visitors to the website a live broadcast from the court proceedings at the local jail.

Initial Proceedings are broadcasted live Mondays through Fridays at 1:15pm, Saturdays and Sundays at 9:30am . Pleas Court proceedings can be seen on Wednesdays at 10:00am. Occasionally litigations for the juvenile court are aired before the initial jail proceedings.

Made available by the online webcams directory via the Webcams.travel database, this live webcam featuring the Franklin County Jail in Russellville, Alabama featuring an outside view of the correctional facility can be seen by visiting the link provided below.

Here you can see inside jails and prisons in various locations around the world. Includes county and city jails.

This webcam gives a view of the infamous Alcatraz Island high security prison in San Francisco Bay, California. You can remotely control this cam and pan, tilt and zoom. You can also see other landmarks in the area, too.