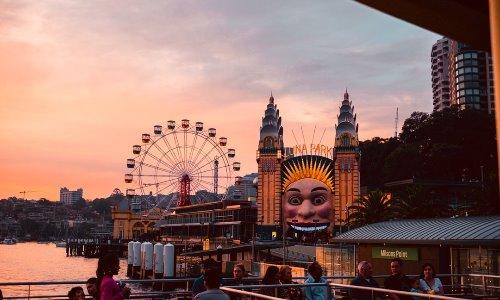 Many theme parks will mostly offer events aimed at specific age groups as well as for the general public. As a form of amusement park, theme parks are more themed towards a specific group of subjects than a typical amusement park.

▪  Amusement and Theme parks originally evolved from European fairs and pleasure gardens which were initially built for the purpose recreation. Universal expositions frequently referred to as expos and world fairs were used to inspire the development of amusement and theme parks.

▪  The terms theme park and amusement park are often used interchangeably in common language, however a theme park is best recognized for its distinctive subject style, ergo the name theme park. Theme parks are characterized by their landscape, type of buildings, and included attractions which are based on an individual storyline and specific themes. Though several of the older parks are known for their themed attractions few are considered as true theme parks.

▪  The first theme park built in the United States was the Santa Claus Land theme park in Santa Claus, Indiana which opened in 1946.

▪  Disneyland Park, which was originally opened as Disneyland at the Disneyland Resort in Anaheim California on July 17, 1955 was built based on the concept of enclosing several themes into a single amusement park. This has led to many publications where Disneyland has been mistakenly acknowledged as the first themed amusement park.

▪  The original idea of an amusement park grew from three age-old traditions. The first and oldest began during the Middle Ages as a periodic fair, the earliest of which was London’s pre-eminent summer Charter fair the Bartholomew Fair first held in 1133. By the turn of the 19th century fairs had developed into large entertaining events catering for massive gatherings where locals could watch acrobatic death-defying stunts, freak shows, juggling and a host of other attractions.

▪  In 1538 the world’s oldest amusement park Dyrehavsbakken first appeared in Europe at Klanpenborg, north of Copenhagen, Denmark. The amusement park which is still maintained today enjoys over 2 million visitors annually and is the second most popular attraction in Denmark next to the world renown Tivoli Gardens amusement park.

▪  It was not until the 1860s and 70s that mechanical rides were introduced in amusement parks. One such ride was the steam-powered carousel used at the Aylsham fair in north Norfolk, England. This gave birth to a wave of innovation paving the way for the modern fun-fair rides as more affluent members of society were increasingly able to spend excessive amounts of money on entertainment.

▪  The pleasure garden which was a recreation garden open for public use had an considerable impact on the evolution of the amusement park. One of the first pleasure gardens was founded in 1661 on the south bank of the River Thames, London. The garden which was only accessible by way of boat before the erection of the Vauxhall Bridge in the 1810s was famed for its public fireworks displays, hot air balloon ascents, tightrope walkers and romantic rendezvous.

▪  The idea of a fixed amusement park began with the advent of the world’s fairs. In 1951 the first World fair began in Hyde Park, London, England with the construction of the cast-iron and plate-glass building Crystal Palace which was designed to house the Great Exhibition. Over 14,000 exhibitors from around the world gathered to celebrate the industrial achievement of the world’s nations and display examples of the latest technology. Cities across the United States saw this demonstration as a way of displaying their industrial and economic success and in 1893 to celebrate the 400th anniversary of Christopher Columbus arrival in the New World, hosted the World’s Columbian Exposition in Chicago, Illinois which became the precursor to the modern amusement park.

▪  In 1895 the first enclosed entertainment park Sea Lion Park at Coney Island was founded. The park which was the embodiment of the American amusement park was operated by a single company and the first to charge an admission fee to gain entry requiring visitors to purchase tickets to access for rides within the park.

▪  The Blackpool Pleasure Beach in 1896 was the first amusement park to open in Blackpool, Lancashire, England and featured a pleasure ride of flying carriages, ‘Grotto’ fantasy ride, scenic railway ‘River Caves’, a tobogganing tower and several water chutes. Blackpool Pleasure Beach in a 2014 poll by TripAdvisor was voted as the number one theme park in the United Kingdom and the 12th best theme park throughout Europe.

▪  The American Gilded Age, an era which was popularly known as the Golden Age of amusement parks, saw the development of new innovations with roller coasters which included speed thrills and adventurous drops offering more exiting entertainment. The Dreamland Margate amusement park in Margate, Kent, England in 1920 opened the park’s Grade II listed Scenic Railway wooden roller coaster which in its first year carried over half a million passengers.

▪  The opening of Disneyland in 1955 set in motion a change in the landscape of the amusement park industry as many parks such as the Great Adventure amusement park in Jackson Township, New Jersey and Universal Studios Hollywood tried to copy its ideas of themed attractions, and its hub-and-spoke layout.

Orlando Live webcams allow persons to enjoy one of the most sought-after holiday destinations in the world. By clicking on the link below you can you’ll be taken to a live webcam overlooking Orlando’s Downtown Disney theme parks.

Disney Theme Park Webcams allows online viewers to experience the magic of Disney from a number of webcams provided in the link posted below.