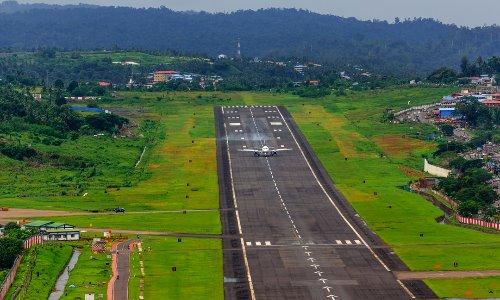 As the main airport in the city of Guangzhou, this lovely location is one of the main parts of Chinese aviation, travel and tourism. It’s an airport that serves as the main entrance to the capital of the Guangdong province, and from there has become a deeply popular location to come and visit.

Both airport codes for the area were inherited from the old airport since gone, but it makes use of IATA codes which reflect its former Romanization.

The airport itself acts as the main hub of the China Southern airlines alongside other major services such as FedEx Express, 9 Air and Air China. It’s because of this that the deeply popular Guangzhou Airport has become such a vitally popular place to check out.

If you would like to try and book tickets with the airport, you can do so by checking out the official Guangzhou Airport website.

The airport has regularly been one of the most popular and commonly used in China, acting as the second busiest location for airport traffic in China in terms of passenger traffic. It’s also the third busiest in terms of cargo traffic, making it a real hotspot for important commerce as well as social usage.

The airport itself is relatively new, having only opened in 2004 to replace the old airport which has stood for more than 70 years. The new airport is just 28km from downtown, making it a good place to start from for those who want to get involved within the Guangzhou lifestyle as soon as possible.
This is an airport with a deep developmental history, with many plans to ensure that it will eventually have upwards of five runways as well as three terminal buildings. Studies and preparation for the planning is all going on at the time of writing, with the aim of expanding this into one of the most powerful airports in China.

The airport is available 24h per day, meaning that it can be one of the most useful airports to use for intercontinental flights and the like. Other airlines tend to benefit from the removal of these time restrictions but the biggest benefactor was China Southern Airlines.
As one of the primary users of this airport and a major intercontinental aviation firm, this change heralded a new era for CSA.

The airport itself is grand in size, with three large runways which are 3,800m and 3,600m respectively in their size. This makes them large enough to handle just about any aircraft landing at the region, but also ensures that the airport has more than enough space to house everyone who may be arriving at any given stage.

The airport itself also has the capacity for 173 aircraft to be parked up at any one time, as well as serving over 100 destinations across the world. The airport itself currently manages around 45m passengers per year but the plan is to increase this to 80m per year by 2020. This is backed up by the determination to more than double cargo capacity standing at 1m tonnes at the time of writing, with the intention of making it 2.5m tonnes in the long-term.

It’s this mass change of the airport that looks to branch a new and exciting future for the locals.
If you would like to know more about the airport then be sure to check out the video below – this should help you understand what the airport is all about and why it has become so incredibly popular.

You’ll get major details about the airport and navigating it safely by using the above resources, but if you intend on going there soon then it can be useful to check out the above video to try and learn a little more about what makes it such a fun place to come and visit.

Are you ever wondering what is going on in the actual airport itself? Then check out a brilliant Guangzhou Airport Webcam to have a real-time view of parts of the location working as they always do. It can help you spot the area and start to learn it whilst also giving you a good idea of how busy it may be at this point in time.

This makes making sure that you arrive in good time much easier as you can see just how thick – or light – the crowds tend to be when you are here.

Ready to see the city below you explode and excite? Then be sure to check out a good Guangzhou Overview camera. This helps you see the city as a whole and lets you understand what is going on at major parts of the city as you head around.

Looking for a bit recreational engagement and fun? Then be sure to check out the excellent Guangzhou Ice Rink before you get started! This is a great place to be and offers a unique and engaging system to enjoy the city at its best.

The live feed is usually active and lets you find one of the most enjoyable places to come to if you are looking to enjoy the fun side of Guangzhou! It’s a great place to start with for fans of this kind of activity, giving you an easy and effective plan for your time in the city.