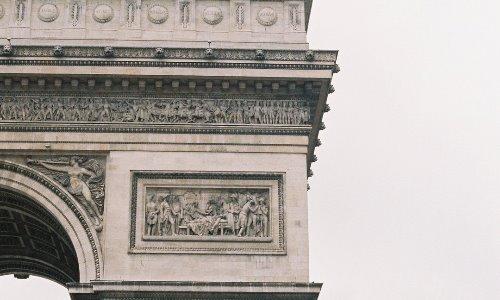 In French the Airport, sometimes abbreviated CDG, is called Aéroport de Paris-Charles-de-Gaulle and in English it is commonly referred to as the Paris Charles de Gaulle Airport.

Sometimes the airport is also called Roissy Airport or just Roissy. In French it is known as web cam charles de gaulle aéroport.

Throughout his life Charles de Gualle lived to be a French writer, general, statesman, and resistant. He was the head of the Provisional Government of the French Republic from the years 1944-1946 and prior to that he was the leader of Free France.

CDG is France’s largest international airport. It is also one of the largest principal aviation centres in the world. It is located 16 miles or 25km from Paris. In 2013 the airport was the second busiest airport in Europe and the eighth busiest in the world in terms of served passengers.

That year the airport handled over 62 million passengers. In terms of aircraft movements it is the second busiest airport in Europe and the 10th busiest in the world.

The Paris Charles de Gaulle Airport has not always carried the same name. Before the airport was named after Charles de Gualle it was called the Aéroport de Paris Nord or, in English, the Paris North Airport. Construction and planning began to take shape in the year 1966, but it did not open for more than a decade.

At last, in 1974, the airport was opened. At this point it had been renamed the Paris Charles de Gaulle Airport as it is now known as. The primary architect in charge of the project was Paul Andreu. He was also involved in the airport extensions over the next couple of decades. The first terminal is a something of a work of art, as it is built in an avart-garde design.

Bernard Parmegiani composed a chime in 1971. this chime was commonly known as “Indicatif Roissy” and until a decade ago every PA announcement in terminal one included Indicatif Roissy. That chime was eventually replaced by another called “Indicatif ADP.”

Altogether the airport takes up 32.38 square kilometers or 12.50 square miles. The land that the airport sits on takes up the space of six communes and three départements.

It also gives the airport the chance to expand its size at some point in the future. Aéroports de Paris or ADP manages CDG along with Le Bourget, Orly, Marsa Alam in Egypt, and multiple other airport.

The simple video shows the exterior grounds of the airport. It primarily displays air and car traffic surrounding CDG. It is accompanied by music and essentially shows brief time-lapsed clips around different areas.

You can see a variety of different airplanes as they travel to and from the airport. Flight trackers can be extremely useful especially for those who are traveling across a particular airport or if you know friends, family, or coworkers who are.

Flight trackers allow you to look for a specific airplane and see where it is right now. The CDG flight tracker is a valuable resource for anyone connected with the airport.

Paris France is typically associated with romance, wine, and cheese. There is much more to Paris than meets the eye, however. It is one of the most famous destinations in the world and it is home to a variety of priceless attractions. If you are going there be sure you make the most of your stay.

There are webcams all over the globe on every continent. This gives anyone with Internet access a gateway into just about anyplace. Of course, this can be quite convenient for travelers or even just people who are curious for one reason or another.

If you would like to see some live feeds of Paris that let you get a glimpse of its traffic, culture, and weather, here are a few useful webcams to go to.

To view a live video feed of the Seine River in Paris. This river runs 482 miles or 776 kilometers and it is a vital commercial waterway. It goes through Paris and then into the English Channel.

Likely one of the most famous structures in history, the Eiffel Tower is named after Gustave Eiffel, the engineer who was largely responsible for the design of the wrought iron lattice tower. It was built in 1889.

In Paris itself the tower is the tallest structure, towering 1,063 feet or 324 meters in height. The Eiffel Tower is also the most-visited paid monument in the world.

This is another one of the most famous and biggest attractions within Paris.

The purpose of the structure is to honor those individuals who fought and died during the French Revolutionary and Napoleonic wars. It is 164 feet or 50 meters high and 148 feet or 45 meters wide. In 1806 Jean Chalgrin designed the monument.