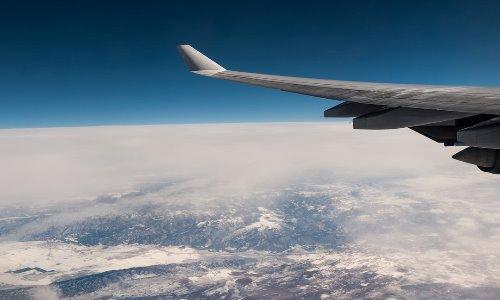 Generally The Los Angeles International Airport is just called LAX, with each letter pronounced separately. LAX is, indeed, a rather unusual acronym for something that doesn’t have a single X in its title.

The airport used to be simply called “LA” because prior to the 1930s airports just used a two-letter abbreviation. At the time this abbreviation depended on weather stations at the airports. The growth of the aviation industry, however, made it necessary to expand the acronym to three letters. The X actually has no specific meaning.

In 2000 the airport broke its own record by hosting 67.3 million passengers, but in 2014 they broke the record once more with 70,622,212 passengers . LAX was known a few years ago to have the most non-connecting passengers; another way of saying the same thing is the Los Angeles International Airport was busiest in terms of origin and destination travelers.

It ranks in among the top 5 for passenger and cargo traffic in the U.S., and no other airport ranks so high in both areas.

LAX functions as a hub for a variety of airlines, including United Airlines, American Airlines, Virgin America, Great Lakes Airlines, and Alaska Airlines. It is a focus city for a number of airlines, too, including Volaris, Spirit Airlines, Southwest Airlines, Allegiant Air, Air New Zealand, and Qantas. When it comes to functioning as a city focus or a hub LAX does so for more airlines than any other airport in the country.

If you have any questions about the airport, or you just want to learn a little bit more, here is the link to the Los Angeles International Airport.

The Los Angeles City Council chose 640 acres of land in 1928. This land was located in southern Westchester. The area was primarily farming fields where barley, wheat, and lima beans grew.
Before there were any terminal buildings these fields were made into simple dirt landing strips. A man named William W. Mines was the real estate agent in charge of making the deal, and the airport was named Mines Field after him.

There are not many United States airports which have parallel runways, but LAX is one of them. Altogether there are 9 passenger terminals in the airport. They are arranged like horseshoe or a U. Terminals 4-8 are connected airside by way of an underground tunnel and above-ground walkways.
The other terminals are not connected through any physical airside. A shuttle bus goes between terminals. In order to go between the first 3 terminals a passenger has to exit security, use a shuttle bus, then reenter security. The ninth terminal is known as the Tom Bradley International Terminal or TBIT. Here is a useful terminal map of the airport.

To see more of the Los Angeles International Airport look at this video.
https://www.youtube.com/watch?v=xcerg8OYovk

LAX Airport Flight Tracker
The video is an overview of the ongoing and future projects taking place at the Los Angeles International Airport. A lot of construction is taking place on the terminals within the airport to make things more efficient and sleek for the modern traveler. The video also gives you a look inside and outside the airport so you can get a better idea of what it is like. Here is a view of the Los Angeles Internatioal Airport flight tracker. This link will direct you to a website that lets you take a look at airplanes around the LAX area.

Los Angeles is a beautiful city to visit. It sits right on the coast and has a number of interesting and exciting things to do. It is the home of many wealthy and famous individuals seeking fame and fortune. The city is also a treasure chest of history and natural beauty. If you would like to see more of the city or more of the airport here are a few different webcams for you to enjoy.

This webcam gives you a look at the LAX airport. It overlooks runway 25 – right. Here is another angle of the same runway. You may have to refresh the pages so the live feeds can buffer. From these cameras you can get a view of the car and airplane traffic as well as the weather right at the airport.
Downtown Los Angeles is the home of many skyscrapers. This webcam will give you a view of the heart of the city.

Also known as Tinseltown, Hollywood webcam is famous for being the most influential town associated with the film industry, it is, in fact, host of the most recognizable film industry on the globe.
Most of the United State’s famous actors sprung up in Hollywood. In 1910 it merged with Los Angeles, and not long after that date it began to grow in the area of film.

This live webcam of Venice Beach is located just north of the LAX Airport. The seaside resort town of Venice was founded in 1905 and it merged with Los Angeles in 1926.

The beach is a particularly interesting spot to visit because of the sidewalk vendors, performers, mystics, and artists who perform there. It also provides a great view of the Pacific Ocean.