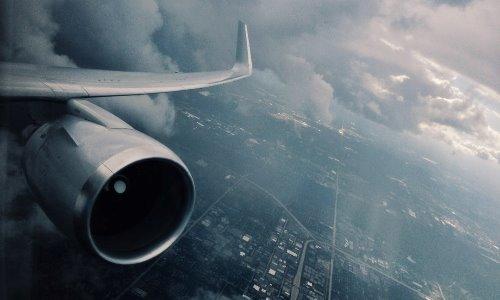 As the main gateway into the Windy City for most, O’Hare International Airport has long been one of the most popular airports in the world.

Located on the far north-western side of the city, O’Hare International Airport is a place worth visiting even if you aren’t flying from here. It’s immense size, stunning style and overall major importance to the city of Chicago means that taking the time to come and visit this place is like coming to visit a piece of aviation royalty.

Indeed, O’Hare International Airport has been one of the busiest airports in the world for both take-offs and landings for some time now, it even was at one stage the busiest. It was for a long time the largest purely on passenger volume, showcasing just how many people spend their time jetting into the city itself to check it out.

Not only is O’Hare International Airport a deeply inviting and fun to engage with airport, but it plays a major role in the overall development and growth of Chicago as a city. With 210 destinations possible from the airport it has potentially more combinations than any other airports in the world. Indeed, it has the distinction of being one of the few airports in the world to serve over 200 destinations with places like Frankfurt, Heathrow, Munich and Dubai being similar in size only.

This makes O’Hare International Airport a must visit, especially given that today it plays home to major airlines such as America and United Airlines. It’s also the primary regional carrier for Air Choice One with Spirit Airlines and Frontier Airlines both operating from here as well.

As one of the largest airports in the US, and indeed the world, O’Hare International Airport has long been populated with plenty of different sights and sounds. For a start, the airport itself makes use of various different runways with nine different runways being used all at once. This means that the airport has one of the largest numbers of runways you are likely to come across in most traditional airports, giving it even more credence within the aviation community.
The runways are as follows;

This means that the airport has a wide selection of different runways to use, meaning that it has a far greater volume of traffic coming through here at any given point. Not only does this significantly improve the overall function of the airport but it ensures that those who are using it can feel comfortable in such a wide surface area.

Indeed, the airport itself is so large for a reason – it takes in, on average, 75m people per year. In 2015 it took 76,949,336 people alone! That’s insane. With just shy of 876,000 aircraft movements, too, it’s no surprise that this fantastic city has been one of the most universally visited.

The airport itself is also well known for its considerable cargo loads, as well. With around 1.7m metric tonnes coming through O’Hare International Airport in 2015 alone, it’s an airport that plays a huge role within the local economy as much as anything else. Indeed, its economic impact is massive – at one stage the airport was around $14bn to the economy of Chicago!

Interested in seeing more of Chicago in the future? Then you can check out this brilliant video to see a detailed rundown of what your time at O’Hare International Airport can be like. This brilliant virtual tour of O’Hare International Airport will give you plenty of details and assistance in understanding, appreciating and engaging with the airport in its entirety.

Of course, if you want to see more about the city itself then you can easily do so. You can check out the links below for more details about how to view the city and how to see some of the best parts of the city through an excellent O’Hare International Airport webcam program.

However, for more pertinent info about finding and managing flights, you should turn to the O’Hare International Airport flight tracker.

Want to see a part of Chicago that many might miss out on? Then check out this awesome webcam of Buffalo Grove. As a major part of the city, Buffalo Grove has long been a venue that many people love to come and check out.

Not only will you have a pretty stunning view of Schaumburg in general, but you will get to see one of the most awesome land masses within the city. The large waterfront looks splendid, giving you all the reason to come and check out this awesome part of the city on your own, once you see how busy it is here!

The “Windy City” gets a large chunk of that name partly because of its ideal location. With the stunning beaches playing a critical role in making the city look the very best that it can, you can check out this webcam view of The Lakefront of Chicago to get an even better view of what the city looks like. This wonderful take on Chicago is well worth seeing, especially if you intend on flying here for a visit in the near future.

This is a city known for its awesome view, so be sure to check it out!