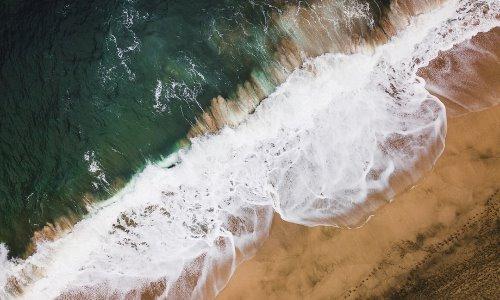 Kauai is a famous Hawaiian island situated in the most northwestern part. It is popular for lush green landscape and tropical forest. All the greenery over there is naturally watered by frequent and heavy rainfalls.

Kauai is one of the most historical islands of Hawaii and that is one reason for widespread erosion of the island by geographical and environmental factor over the lapse of time. Kauai due to being one of the oldest islands of Hawaii has more spread sandy coast in contrast to any other Hawaiian island.
Kauai is also known as the island of Hawaii where the foundation of sugar cane industry of Hawaii was laid. Sugar cane industry has long been the backbone of Hawaiian economy but during past few years it has been stepped down by tourism that is flourishing by leaps and bounds.

However tourist development took a bit longer to arrive at Kauai than any other island of Hawaii; you may find more natural beauty there. Also there is a strict cap implemented to the building heights that state that hotels, restaurants or resorts cannot be higher than 40ft. There is a local rule that says that a building can only be as high as a coconut tree and no higher. So you may expect that you won’t see any skyscrapers here to worsen your field of view of nature.

This video shows the highlights of a trip to Kauai and highlights major destination for the tourists. The most attractive part shown is natural greenery of Kauai and parts of tropical rain forests. Places shown include but not limited to Napali coast, Kalalau trail, Kee Beach, Poipu, Donkey Beach, Rainforest trail, Waimea Canyon and Polihale state park. Tropical rainforest contribute the most to the beauty of this Hawaiian island.

Poipu beach is situated along southern shore of Kauai. It houses a Beach Park which is attractive for its surfing and snorkeling experience. It is ranked as the best beach in the US by Florida International University.
View Poipu Beach webcam.

It is the largest bay that is situated along the northern coastline of Kauai. The bay is centered by the town of Hanalei and nearly carries more than 2km of shore line which is surrounded all around by mountains.
View Hanalei Bay webcam.