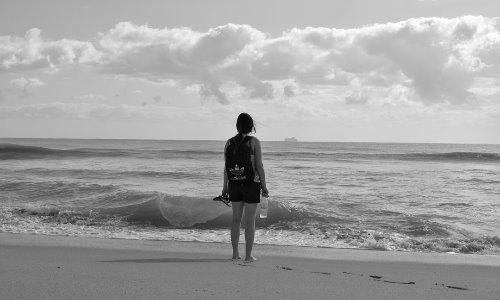 Miami Beach located in the Miami-Dade County of Florida sits on a man-made island. The beach is considered as a coastal resort city between the Biscayne Bay and the Atlantic Ocean. A 2010 census report recorded the population at 87,779 people. Located in Miami Beach, Ocean Drive which is known as the Art Deco District has been featured in films such as Scarface and The Birdcage.

The video below shows three different aerial views of the intersection 26th Street and Collins Avenue in Miami Beach, Florida. The video features several lanes of traffic traveling north and southbound. Traffic can also be seen to the left of the screen as well as several pedestrian’s.

The News Café is located at 800 Ocean Drive in Miami Art Deco District of Florida. The News Café is a restaurant which features includes a bar, newsstand, bookstore and a side walk cafe. The Café has been opened since 1986.

The video featured below captures diners of the News Café whom utilize their side walk café.  Waiters can be seen awaiting the arrival of new patrons as well as attending to present consumers. News Café sits in the SoBe (South Beach) neighborhood of Miami Beach, Florida which was developed during the 1900’s.  It was calculated in 2010 the number of residents in the area reached to 39,186 people.

Downtown Miami is located in the Miami Dade County in Southern Florida. The downtown area is composed of urban residential neighborhoods. Parks, banks, courthouses, theaters, museums, education centers and some of the city’s oldest buildings are all located within the downtown Miami area.

The webcam link features aerial views of Downtown Miami. Views of the water, roads, a highway, buildings, a water fountain and boat docks can all been seen in the footage.  The population of downtown Miami was calculated in 2010 at 71,000 people. It is predicated that the number of residents will increase to 85,000 by the year 2014.