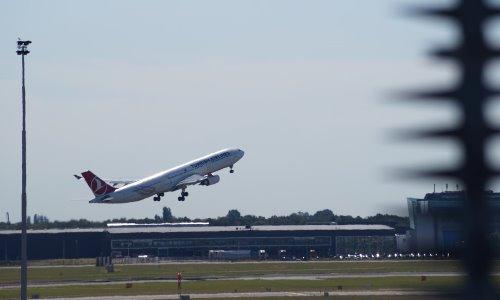 As the easiest way to get to the capital of the Netherlands, Amsterdam Schiphol Airport is one of the most important aviation venues in Europe. Amsterdam is probably one of the most powerful cities in the world, if not Europe, and it holds an immense cultural sway that brings many people here over time.

Amsterdam Schiphol Airport is the best way to get here, given that you are based just 9km from Amsterdam itself when you arrive here. The design, layout and overall appeal of this airport, though, should be easy to spot.

It’s stunning design and massive numbers means that Amsterdam Schiphol Airport serves as both a useful airport to come to, and a great place to come and see for tourist reasons. This is almost a town in itself, with the airport city around it giving everything that you need – it’s like a holiday of its own!
If you would like to see this at its best then be sure to check out the awesome Amsterdam Schiphol Airport webcam. This will let you see the airports major arrival and departure sections at their quietest, and busiest.

As the fifth busiest airport in the whole of Europe, Amsterdam Schiphol Airport is a popular place to come and check out for more people. It opened close to a century ago in 1916 and was originally a military base; today, it’s one of the most powerful aviation complexes on the planet!

Today, we have one of the most beloved airports on the planet. It was the primary airport of the Netherlands from the late 1940s and nobody has really looked back until we get to this point. The airport itself sees major airliners such as Martinair, Carendon, KLM, Transavia and Delta Air all fly through here on a regular basis alongside others like EasyJet and Vueling.

It’s this wide range of airliners that use Amsterdam Schiphol Airport that makes it such an interesting and unique place to come and look at down the line.

The design of Amsterdam Schiphol Airport is one of the most interesting factors about the airport, with a single terminal and various departure halls to speed up exists. The major terminal located under one central location is easy enough to find, with each of the three departure halls all in close proximity. The terminal itself, though, is divided up into wide sections – 1, 2 and 3.

You can easily walk between each section meaning that you can easily get around this rather complex location without any problems. The venue offers a major range of large shopping areas as a major revenue source and something to do as you wait for your aircraft to be ready to take off.

There is also a general aviation terminal that opened in 2011 on the east end of the airport itself. You’ll also find some other nice basic facilities like a flight museum, a library and various other locations such as a rooftop viewing area. By using this you are far more likely to get a comfortable view of Amsterdam Schiphol Airport, allowing you to work out where you should be going within the airport at any given time.

The video showcases Amsterdam Schiphol Airport being used in the right way, with each section of the airport explored and looked into by the person behind the video. Not only does this look excellent, but it provides an easy way to get access to where you should be going.
Simply follow the tour video and you’ll have no problem navigating around this airport!

With this you will have no problems working out where to go and what parts of the airport you will have to visit. Given the sheer size of Amsterdam Schiphol Airport this can be a very useful system to pick from, improving your chances of reaching your flight without problems.

This brilliant webcam of Koningsplein is well worth having on, giving you a real appreciation of this wonderful part of Amsterdam. Now you can see how one of the busiest streets in the city looks like, with all of the various bikes easy to get to and making it simple to travel around the city in a way that feels fun and comfortable.

Koningsplein is a wonderful place to see in the city itself, and you should definitely check out this Koningsplein webcam if you want to see various parts of the city that are going to come to life at times.

Take a look at the beautiful canal that runs through Amsterdam with this awesome canal view webcam. Not only does it give you a fine glimpse of what this wonderful city looks like but it will help you understand, enjoy and fully appreciate Amsterdam as a city itself.

Very few people will get to enjoy spending time around this city in real life, so it can help to come here via this webcam. Even if you intend on coming to visit, use the webcam above to get an idea of just how busy it might be here, instead!