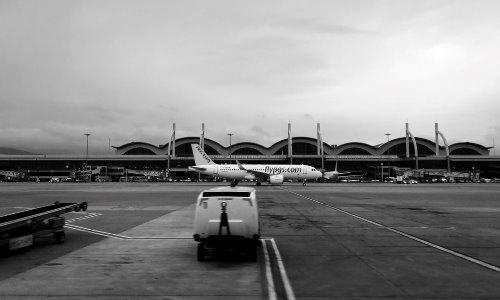 Istanbul Ataturk Airport is a stunning – and deeply important part – of one of the most important cities in the world. As the fifth most populated city on the planet, Istanbul sees its fair share of people passing through and this means that visiting this wonderful city can be great fun. The first thing you will deal with on arrival, though, is the Istanbul Ataturk Airport.

As a massive structure that is the main international airport serving Istanbul, with the Sabiha Gokcen International being the next in line, this airport plays a critical role in the safe management and running of not just the city, but the nation itself. It plays such a crucial role in the overall control of the nation that it’s no surprise just how important Istanbul Ataturk Airport has become, due to the fact it takes in so many different aviation venues.

Indeed, the airport itself has been open for close to a century and in that time it has served all manner of aircraft and people. It’s just 15km west of the city centre and also acts as the primary hub of the Turkish Airlines company, the main flight arm of the country.

During the 80s, Istanbul Ataturk Airport became a majorly important venue after it was renamed after Mustafa Kemal Ataturk, the founder of the Republic of Turkey in the first place. In 2015 alone, it was the 11th busiest airport on the planet after serving more than 60 million passengers. The third busiest in the whole of Europe, the airport plays a massive role in the overall development of Turkey as a European power, helping to solidify its position and its importance moving forward in the years to come.

However, the lifespan of the Istanbul Ataturk Airport is no longer quite as infinite as it once seemed. A new airport is being built in Istanbul with the intention of taking over from the immensely popular Istanbul Ataturk Airport. This is going to be a new airport much larger in size, made to deal with the incredible volume of domestic and international air traffic that we are beginning to see entering the country, as Turkey continues to become a major player in the world.

Construction began for this new airport in 2015 and it looks like the time of the Istanbul Ataturk Airport is coming to an end. However, that does not mean that it’s not still a critical player at the moment. If you do wish to see the Istanbul Ataturk Airport then we recommend that you consider taking the trip there as soon as you can – because, as far as international airports go, very few on this planet can match it for presence.

Making use of two massive inter-connected terminals, Terminal 1 and Terminal 2, the Istanbul Ataturk Airport is a massive place worth your time going to visit. It also has three runways which are 3,000 and 2,580m in length, respectively. Two are concrete whilst one is grooved asphalt. The airport, fit to take over 60m passengers in a year, currently manages an incredible number of flights through the terminals provided.

The older of the terminals, Terminal 1, is a smaller venue than Terminal 2 and is typically used for domestic flights that take place within Turkey itself. With airside facilities and various other minor add-ons, Terminal 1 is quite minimalistic in its setting.

Terminal 2, though, is much larger and was first brought to action in 2000. Now, Terminal 2 is used for all international flights, and features a large main hall with plenty of equipped areas such as general aviation areas and freight management. Terminal 2 is the busiest part of the airport by far, with plenty going on here at all times making it a great place to come and visit if you like to see the hectic nature of an airport at its best.

Not sure where to go in Istanbul Airport? Then the video below can help you get there with ease. It will show you how to manage the crazy transport options here, making sure you can navigate the challenges of the airport itself. Now, you can avoid turning up when you have too many people around!

Stuck in Istanbul Ataturk Airport and don’t know where to go? Then you can turn to this helpful Istanbul Airport flight tracker.

By using this you can make sure you are arriving for your flights in good time, reducing the chances of getting left behind or finding yourself in any kind of trouble with regards to navigating yourself around.

Getting around the airport of Istanbul Ataturk takes a lot of time and not a small amount of patience, either. To deal with this challenge, though, you need to be prepared to deal with a pretty significant amount of people along the way. Want to find the easiest way to handle dealing with Istanbul Airport?

Then use the Istanbul Airport Webcam to make sure you never need to get lost.

As one of the most stunning parts of the city itself, the Golden Horn is well worth going to visit as the major port into the city. It overlooks the beautiful ocean at the city and makes sure you can fully appreciate the beauty and style of the city itself.

Check out the area here with a solid Golden Horn webcam. Now you will know what is waiting for you when you arrive here – is it busier? Or is it flooded with people?

The beautiful Galata Tower is well worth seeing, a true landmark of the beauty and the class of the city of Istanbul in one easy to enjoy location. Not sure where to go and see in this amazing city? Then you should come here to get a much more enjoyable looking experience, and with this Galata Tower webcam you can enjoy a fresh, engaging part of the city.