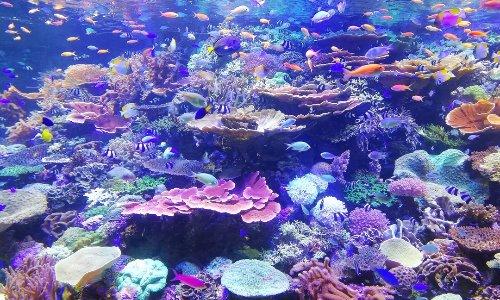 Underwater territory or underwater is simply that area or region typically found below the surface of water commonly referred to as a body of water such as in the case of a river, lake, pond, sea or the ocean.

It has been estimated that more than 70 percent of the Earth’s surface is covered by water with a majority of the solid surface of the planet or abyssal plain found at a known depth of between 13,100 and 18,000 feet below the ocean surface. The deepest point of which is found within the Earth’s seabed hydrosphere and known as the Challenger Deep, located in the Mariana Trench at a depth of 35,755 to 35,814 feet when measured from a number of submersible vehicles.

In spite of the fact that mankind for centuries has been known for conducting a vast number of underwater activities such as deep sea scientific research, sports including scuba diving, underwater fishing activities, as well as underwater warfare via the use of submarines, this vast and extensive habitat can be a severely treacherous domain to humans, and as such has rarely been explored.

Nonetheless humans have been able investigate the ocean depths by employing a technique known as sonar which utilizes the propagation of sound waves to communicate with or detect objects on top or below the surface of the water in addition to exploring underwater by direct means including autonomous or manned submersibles. This process has enabled scientists to study the planet’s underwater surface and effectively create a basic and rough resolution; subsequently mapping strategic areas in detail for specifically providing assistance to allied submarines in addition to detecting unfriendly submersible warships.

The Monterey Bay Aquarium Monterey, California is a non-profit organization inspiring conservation of the oceans.

Their underwater Kelp feeding exhibit webcam powered by UStream Networks features a diversity of fish and invertebrates, and sharks being hand-feed by their divers shown in the link posted below.

The Busselton Jetty Underwater Observatory in Australia allows visitors to experience one of Australia’s extraordinary artificially made reefs by boarding their Jetty train and descending 8 metros to the ocean floor.

The facility via two installed live webcams (North and South cam) features an awe inspiring underwater forest filled with vividly colored tropical corals, invertebrates, fish, and sponges constituting for the amount of over 300 different marine species living below the jetty.

These are webcams that show underwater views of fish, marine and freshwater wildlife in their true natural outdoor environment.

This Koi Fish cam comes to you from Bonnies Plants Koi & Pond Specialties in Newton, North Carolina. The Koi cam is located in a pond and provides an underwater view of the fish with streaming video.

This fish webcam is from Biotactic Fish and Wildlife Research and has provides a live view of smallmouth and rock bass as well as providing the current temperature. Webcam is located in the Grand River in Kitchener, Ontario, Canada.

This coral reef webcam is brought to you by the Australian Institute of Marine Science and gives you a nice underwater view of a coral reef in Bruce, Australia. See saltwater fish and other sea life on this cam that updates every few minutes. You can also see other cams on the site including the AIMS wharf, Hardy Reef pontoon and more.