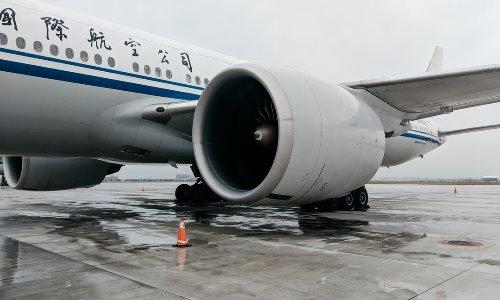 Beijing Airport is one of the primary locations to check out in the Beijing area, not least for travel. As one of the most commonly used gateways into China it has become a location of genuine interest and enjoyment for many, quickly becoming a location that will be familiar to those who spend much time here.

The airport itself uses the PEK code, which is based on the old Romanized name of the city, Peking.
The airport has quickly become a major part of Chinese travel, acting as its main hub and the flag carrier of the People’s Republic. With around 120 destinations handled from the aircraft, it also makes use of Hainan Airlines and China Southern Airlines using it as their main hub of transport.

For that reason, the Beijing Capital International Airport has become a major part of Chinese travel across the board.

Beijing Capital added a third terminal to the airport in 2008 for the Olympics, and since then it has become a major feature of the airport. It is, at the time of writing, the second largest terminal in the world after the Dubai International Airport. It’s the sixth largest building on the planet by area, too, making it a feat for aviation as much as it is for commerce and control.

With 3,700 acres of land being taken up by the Beijing Capital International Airport it is one of the largest on the planet. It has been a rapid ascent for the airport, having taken control of popularity within the specific area in the last decade or so.

It has become quite easily the busiest airport in Asia thanks to the major number of traffic that moves through here on a regular basis. Since 2010, it has been the second most popular airport in the world based on passenger traffic!

If you are interested in flying from this airport then you might want to check out the Beijing Capital International Airport official website for more information about how to arrange purchases and flights to this particular venue.

The airport itself is incredibly large, providing everyone with easy and simple access to the airport itself. With 557,000 aircraft movements on average per annum this is one of the busiest aircrafts on the planet. It also manages major cargo traffic with it standing as the 13th busiest airport of its kind.

It makes use of three major runways which are 3,810, 3,445 and 3,810m in size across the board. Each of them are very impressive locations which make your life much easier to get into the airport, with two made in Asphalt and one in concrete. 2015 in particular marked a massive year for the airport as it seen more than 90,000,000 people come through the airport making it quite comfortably one of the most popular on the planet.

The Beijing Airport design is very easy to get to grips with after the first visit but if you still find it quite hard to master then I recommend that you do one thing and check out the video below. This video will help you see just what the Beijing Capital International Airport is all about, and how you can start to understand the unique charms that it brings forward.

This simple video should make it nice and easy for you to enjoy your time here in Beijing, helping you understand what makes the airport such an easy place to navigate. The airport itself is very busy but you should have no problems in quickly understanding the quirks that make it such a fun place to spend time in.

This airport is one of the most modern in the world and its fresh design, unique layout and interesting format ensure that both veterans of the airport and newcomers should have no problems in enjoying and engaging with the airports style.

Interested in seeing the airport up close? Then you can check out an awesome Beijing Capital International Airport webcam. This shows you how the airport looks at this precise moment in time, ensuring that you will be able to very easily get to grips with the overall area.

In the webcam above you can see the weather, how busy the area is and whether anything could potentially help or hinder your progress within the airport. It is well worth checking out to help you understand, engage and appreciate the location as much as you possibly can when moving forward.

One of the most engaging parts of visiting a location like the Beijing Capital International Airport is the fact that it has so many great locations nearby in the city. This overall camera of Beijing will help you see the city a bit more before you arrive, helping you spot locations such as the Yan Mountains and even the Great Wall of China!

This makes a huge difference and can be a great place to turn to if you want to enjoy a more charming and engaging part of the city itself away from the enigmatic Beijing Capital International Airport.

Another great part of the city of Beijing to look into is the Peking area. This webcam of Peking will help you see the greater parts of the city unfold around you as you work, helping you understand and appreciate the city more before you set out.

Avoid getting caught in traffic or a storm by using this Peking webcam to ensure you have no problems at all about what is to come in the city as you walk around. It can be a really useful way to get to know the city and enjoy its quirks.