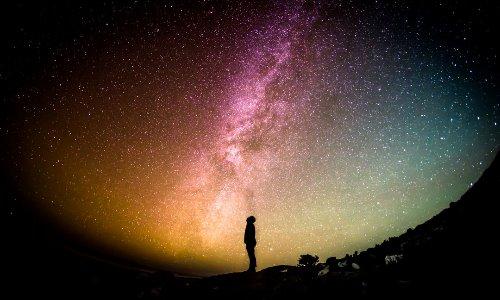 The natural science of Astronomy includes the study of astronomical or celestial bodies demonstrated by scientific discovery to exist in the observable universe outside of the Earth’s atmosphere, their physical and chemical composition and evolution. Such bodies subjected for astronomical observation are known to include a variety of planets, moons nebulae, stars and even entire galaxies.

As one of the oldest sciences in the history of the world several primordial civilizations including the Egyptians, Chinese, Maya, Greeks and Babylonians have left a wide variety of relics of an astronomical nature such as the Nubian and Egyptian monuments illustrating their practices of methodically observing the sky at nights. However it was not until the invention of the telescope in 1608 by German-Dutch spectacle maker Hans Lippershey that mankind was able to develop astronomy into a modern-day science.

History records early astronomy as the the study of a number of knowledgeable fields such celestial navigation, making of calendars, observational astronomy and astrometry which involved the precise measurements of positions and movements of celestial bodies and stars in our Solar System. Modern science today has developed in such a way that professional astronomy is on a comparable level with astrophysics.

Today there are a variety of telescopes used in astronomy many of which are land based while others such as the Hubble Space Telescope are operated in space.

Facts about Astronomy and Telescopes

▪       In early history astronomy was thought to consist of predictions and observations of objects only visible to the naked eyes via a number of sites such as the prehistoric monument in Wiltshire, England known as Stonehenge.

▪       Prior to the invention of the telescope early astronomers studied the stars by standing on a tall building offering a good view.

▪       It was the Italian mathematician, physicist, philosopher, engineer, and astronomer Galileo Galilei who paved the way for the astronomy in 1610 when he discovered the moons of Jupiter, the hills and valleys on the moon, the phases of the planet Venus and later the spots on the Sun.

▪       With the development of civilization primarily in Greece, China, Egypt Central America and Mesopotamia a number of centers dedicate to astronomy were founded aimed at determining the nature and evolution of the universe. This included charting the positions of known planets and stars in a science which is not known today as astrometry. It was through these observations that theories based on the nature of the sun and the planets were formed. This speculative incorrect theory later became known as the geocentric model which suggested that the Earth and not the Sun was the center of the Universe.

▪       Christiaan Huygens assisted by his brother after a long and excessive effort created the first powerful telescopes made from Keplerian construction which was used in 1655 to discover the planet Saturn’s brightest satellite the moon Titan.

▪       Observational astronomy is known for including radio astronomy, infrared astronomy, optical astronomy, ultraviolet, x-ray, gamma-ray, fiends not based on the known electromagnetic spectrum and celestial mechanics.

▪       Theoretical astronomy includes stellar dynamics and evolution, the formation and evolution of galaxies, the study of large scale matter within the universe, astroparticle physics and a variety of other topics.

The International Space Station via UStream Networks allows viewers to watch a live video stream from a number of cameras mounted on the side of the space station featuring a spectacular view of the Earth as well as certain activities performed by the crew on-duty. The live stream often consists of selective audio conversations between Mission Control and the team. The video accessible by clicking the link posted below is only available whenever the station establishes a ground communication link, and with the station orbits the Earth once every ninety minutes viewers will encounter a sunset or sunrise just about every forty-five minute period.

Completed in September 2005, the Ceberos antennae located in Spain has been used to communicate and provide support for a number of scientific probes and ESA spacecraft including SMART-1, Mars Express, Venus Express and Rosetta using state of the art equipment. Currently the antennae are operated remotely from the European Space Tracking network or ESTRAK.

The facility contains an outdoor webcam allowing a live stream of the antenna by visiting the link below.

Currently in development, the James Webb Space Telescope often referred to the successor to the Hubble Space Telescope is a scheduled space telescope designed for infrared observations.

Nasa’s online website allows online viewers access to their construction building containing two webcams featuring the construction progress from both the left and right side of the building updating every sixty seconds. Viewers will notice that the cleanroom is primarily occupied with workers during the hours of between 8:00 am through to 4:30pm on Mondays to Friday’s Eastern Standard time.

Liverpool Telescope sited at the Roque de los Muchachos Observatory on La Palma is recognized as one of the largest robotic telescopes used today which was developed by the subsidiary company of Liverpool John Moores University of Liverpool, England. Today the telescope is operated by the Astrophysics Research institute in Merseyside, United Kingdom often receiving partial funding from the United Kingdom government body known as the Science and Technologies Facilities Council.

Viewers to the Liverpool Telescope website can view a live video stream from the telescope by clicking on the link below.

Here you can find live telescope webcams and other astronomy related telescopes. Some sites let you control telescopes from your computer. Some give you views of famous telescopes around the world.

This webcam shows you the world famous Palomar Observatory Hale Telescope. The cam may be dark at night.

The Bradford Robotic Telescope is similar to Slooh – a collection of telescopes and other instruments that can be viewed by creating a free account. Telescope is located on Mount Teide in Spain.

The Slooh SpaceCamera is an online telescope webcam and community. Control telescopes and share photos with other people or watch as leading astronomers host nightly missions live on your computer. Membership required.

Micro Observatory is another collection of online telescopes you can view and control over the Internet. Registration is required and then you can put an image request in the queue. No need to buy an expensive telescope here! Select telescopes from around the world via a map.

WorldWide Telescope (WWT) is a project from Microsoft Research that enables your computer to become a virtual telescope that allows you to view some of the best real images from ground and space telescopes around the world directly from your web browser.

This telescope webcam is located in Sydney, Australia. It is a a PTZ webcam but appears to only let you view the observatory and not view through the telescope. Ah well.

Here are a few webcams located at SOAR Observatory – The Southern Astrophysical Research Telescope located in Chile. Includes outside view, inside, Cerro Tololo and more.

This webcam gives a view of BRT Tenerife Observatory or Night Sky cam. Looks like it is under construction. Located in Spain.

This webcam is located at Mauna Kea observatory at the University of Hawaii Hilo.

If you would like to see the total lunar eclipse of 2010 on December 20 and 21, this site may be perfect for those that cannot view the eclipse due to clouds – or those that dont like cold weather or are living outside of the viewing area.

This is an awesome telescope and night sky webcam from the Canada-France-Hawaii Telescope observatory in Hawaii. See the clouds from the top of the mountain as well as stars and constellations. An excellent way to go stargazing and also learn how to indentify constellations. Site includes time lapse videos of the day. Image updates every minute.

This webcam gives a live view of JAT OBservatory in Fairless Hills, Pennsylvania. Not sure if they ever broadcast views from the telescope, but keep an eye on it and perhaps they will. Also gives current weather conditions.