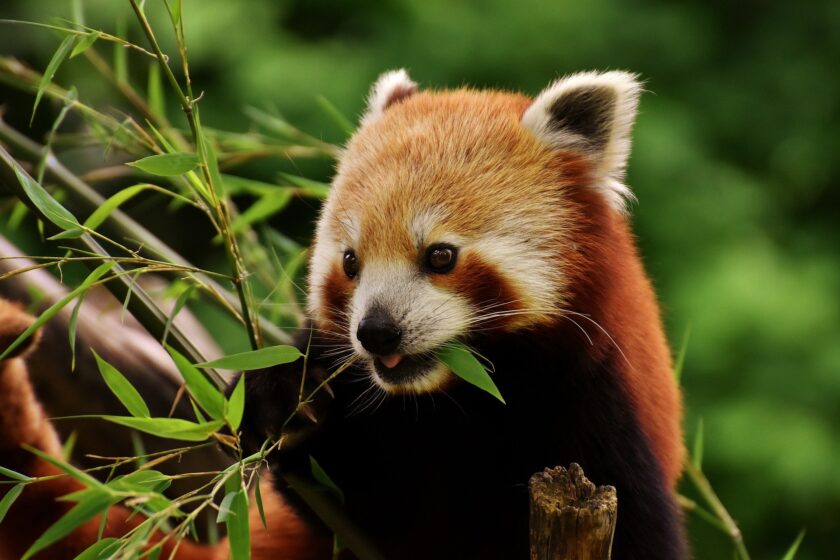 Although these animals share a name with their famous black-and-white counterparts, the red panda is not a close relative. They actually got their name before the bears in China. When humans first saw this animal, it was described as the most beautiful creature ever seen.

Some people call the red panda a bearcat because of its appearance. They were first classified as relatives of raccoons, then bears, until DNA research helped us understand that they belong to a unique family.

The most distinctive feature of the red panda is its bushy tail. It has alternating white and red rings that help the animal to maintain its balance when climbing. This species also has a modified wrist bone that gets used a lot like a thumb when grabbing something to eat.

They also have white faces with red striping that helps to keep glare from the sun from affecting their vision.

Here you can see Red Pandas on live webcams located in zoos and other habitats around the world. The Red Panda is native to SW China and the Himalayas.

Firefox live shows you a high quality streaming video webcam of Red Pandas. There are two cubs and you can vote on their names on the site. Also watch archived video and help support the Knoxville Zoo.