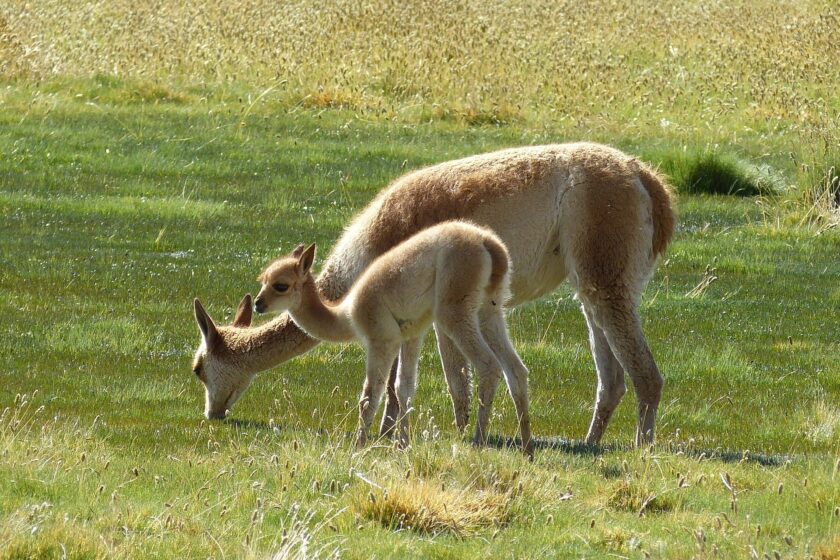 Peruvian cultures were the first to domesticate llamas. However, tribes in North America may have done so over 10,000 years ago before the animals went extinct because of the last ice age. Individuals can grow to be up to six feet tall and weigh over 450 pounds.

Llamas are quite strong, able to lift about 30% of their body weight. That means an adult llama can serve as a pack animal that carries around 100 pounds for up to 12 miles.

No one can convince a llama to do something that it knows is an impossible task. If someone loads a pack with too much weight, then the animal refuses to move.

Llamas are famous for their ability to spit. They use this behavior instead of biting to display frustration or anger. Some will wrestle with each other, using their necks to establish dominance.

If a farmer wants to have a llama for help, then two must get purchased. These animals are intensely social, and they rarely thrive if forced to live by themselves.

This page contains links to live Llama webcams at farms, zoos and other habitats around the world. Watch Llamas feeding, walking around, getting shaved and more.

This Llama cam is located at Yellow Wood Llamas in Martinsville, Indiana. In addition to watching four different cameras, you can also buy yarn and fiber when they are sheared.