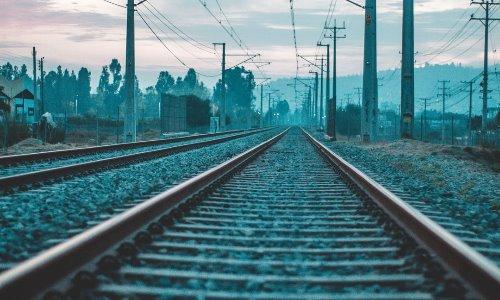 Promoting the exploration, discovery, research and preservation of the history of the railroad industry in Galesburg and Western Illinois, The Galesburg Railroad Museum is a not for profit corporation housing and displaying artifacts, historical data and letters as related to one of the United States largest railroads.

• On December 7, 1854 the first train arrived into Galesburg.

• Once recognized as the largest railroad in the United States, the Burlington Northern Railroad Company was first established in 1970.

• In 1974 the Burlington Northern Railroad Company and it’s employees in show of appreciation for the local support of the community invited residents to the railroad grounds (generally closed to the public) to view the railroad operations. The event which proved successful was again held again in 1976.

• In 1978, the City of Galesburg became a part of which would lager become an annual city-wide celebration known as Galesburg Railroad Days.

• In 1981 Burlington Northern Railroad donated a retired 1930 Pullman parlor car as a first museum to a group consisting of several railroaders and non-railroaders who offered their time and own memorabilia to display to the public. The car which was named, The Meath would later result in the founding of the Galesburg Railroad Museum. After the formation of the museum and it’s dedication by then Governor of Illinois James Thompson in 1982, the City of Galesburg donated a Locomotive engine 3006 it had received in 1960 to the museum.

• In 1984 Burlington Northern Railroad donated a 1930 waycar (one of the first waycars used on the Burlington Route) to the museum. Displayed today exactly as it once stood during its former years in operation the caboose houses several historical artifacts including fusees, a stove and tools.

• Annually the Galesburg Railroad Museum receives over 15,000 visitors from across the United States and 10 foreign countries.

Click on the links below to watch a live video of the Amtrak station and BNSF freight trains in Galesburg, Illinois.