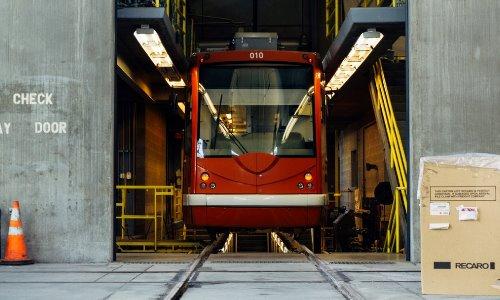 Serving the state of Oregon, United States, The Portland and Western Railroad is a Class II railroad and subsidiary of the American short-line railroad holding company with interests in 120 railroads throughout five countries, Genesee & Wyoming Inc.

• In a bid to take over several branchlines of the Southern Pacific Class I Railroad the Portland & Western company was founded in 1993.

• In 1995 the railroad began it’s first operation with the construction of an 84 km line.

• During the late 1990s Portland & Western to increase it’s profile and corporate image in the metro area moved its headquarters north from Albany to Salem, Oregon subsequently branding everything from locomotives to letterheads with it’s logo Portland & Western.

• In 1997, the company bought the “Astoria Line”, running Northwest Portland to deepwater Astoria from Burlington Northern.

• In 2007 the Port of Tillamook Bay Railroad and one of the three short-lines interchanging with the Portland & Western Railroad was damaged by a major storm and indefinitely put out of service.

• With it’s executive offices located in Salem, the Portland & Western Railroad since 2009 operates with an interim President and General Manager.

• In 2006, the railroad took control of the southbound 663 and north 664 trains from Burlington Northern and Santa Fe Railway.