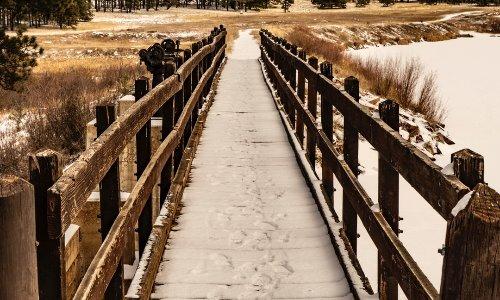 • Built primarily for the tourist trade and the highest in North America by comparison, The Broadmoor Pikes Peak Cog Railway was founded by businessman and mayor of Kenosha, Wisconsin Zalmon G. Simmons in 1889.

• Created as a more affordable and quieter alternative to the steam locomotive, the gasoline-powered railcar was first introduced in 1938. Due to it’s huge success, the railway acquired several of these internal combustion engined trains. Although much different in color from the original, the railcar remains in operation on the mountain today.

• In 1939 the railroad bought an additional five ‘streamlined’ diesel engine locomotives equipped with matching passenger cars as a gradual replacement to their steam locomotives. Today a number of these steam locomotives can be seen on static display, in Manitou as well as the railway’s original operational coach, steam locomotive (#4). Notably the steam locomotive was retired for several years before being restored from a museum and reinstated in 1980.

• Between 1964 – 1968 the railway in search of additional equipment bought four Swiss trains from the Swiss Locomotive and Machine Works in Winterthur. Similar to the equipment used on many of railways in Switzerland, the trains proving their worth eliminated the need for a separate pushing locomotive. All four Swiss trains since 2012 have remained in operation.

• In 1990 the Mount Manitou Scenic Incline originally built in 1907 for the construction a hydroelectric plant and water supply lines was closed due to a rockslide. Since it’s closure the area though subject to much controversy has been widely used by the public for recreational purposes despite the trespassing signs. However since 2013 and under the management of the Colorado Springs Parks Recreation the Incline has been open to public use.

• As of 2006 the railway manages enough equipment to operate eight trains daily from mid-May through mid-September.