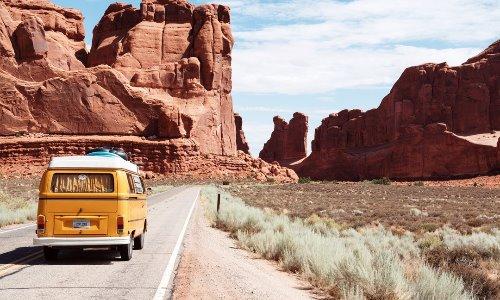 Initially built between 1905 – 1906 as a means to transport copper, the Nevada Northern Railway extends over 140 miles northward from the city of Ely to the Southern Pacific Railroad at Cobre County, New Mexico.

• The Nevada Northern emerged during the 20th century from the discovery and evolution of large copper deposits near the city of Ely. This resulted in the purchase of two of the largest mines by the central Nevada Eureka and then Palisade Railroad president Mark Requa in 1902 who discovered that rail access via northward from Ely to the Southern Pacific to would be necessary to harness the full potential of the mines. .

• Founded out of the merger of the Ely-area copper properties in 1904 and later incorporating the Nevada Northern Railway in 1905 the railroad began construction a new line joining the Nevada Consolidated mines to the national rail network. The line which was completed a year later in September 1906 witnessed its final spike made of copper.

• Between 1907-1908 the railroad constructed an additional line known as the, “Ore Line” used as a route bypassing Ely to the north and continuing west towards the open-pit Robinson Mine. The line which hosted several ore trains daily was later recognized as the busiest segment of the Nevada Northern.

• In addition to being the primary carrier of copper ores and products, the Nevada Northern until 1941 also operated a freight and daily passenger train from White Pine, Ely to Ruth and McGill.

• Between the 1920s and 30s ownership of the Nevada Consolidated was transferred to the Kennecott Copper Corporation. Later becoming a subdivision following the merger of both companies in 1942 the new subsidiary now known as Kennecot closed it’s mines in the Ruth area in 1978 terminating railway operations between Ruth and McGill and in 1983 suspending all operations following the closure of the McGill smelter.

• In1986, the subsidiary transferred the Ore Line the railroad’s yard facilities in East Ely, to a non-profit foundation known as the White Pine Historical Railroad. Today the Foundation runs a heritage railroad on the former Nevada Northern as part of the Nevada Northern Railway Museum.

• In 2006 the Nevada Northern’s East Ely complex was appointed the status of National Historic Landmark by the National Park Service.