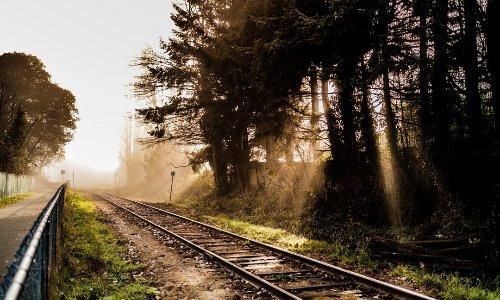 • The Mid Continent Railway Museum features more than 100 displays including six of the seven remaining wooden boxcars as well as the only Fish Commission “Badger Car #2” in the United States.

• The Mid-Continent Railway Museum housing 13 steam and 7 diesel locomotives as well as other railroad pieces highlights the conservation of railroad artifacts from the “Golden Age of Railroading” when railroads witnessed a groundbreaking rate of expansion from 93,000 to 254,037 miles of track.

• Formerly a Chicago and North Western Railway depot, the Museum was first built in 1894 and later moved to it’s current location in 1965.

• The rail currently operated by the Railway Museum is in actuality a spur line of the former Chicago & North Western Railway.

• The Railroad Historical Society of Milwaukee later renamed Mid-Continent Railway Museum in 1962 was first founded by a group of rail enthusiasts in 1959.

• The Mid Continent Railway Museum operates a 7-mile one hour round trip passenger excursion through the historic community of La Rue, Freedom in Sauk County including a conductor dressed in uniform punching passengers’ tickets, and sharing railroad history.

• Throughout much of the museum’s history and prior to February 2000 most of the trains were pulled by steam locomotives.

• In 2008 the museum flooded by the Baraboo River.