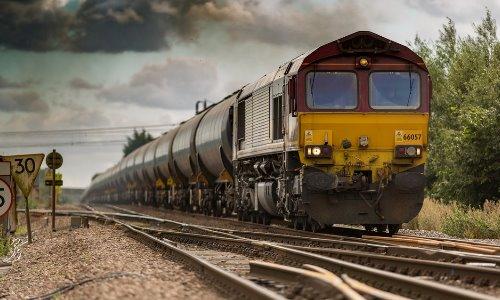 Founded in 1846 the Pennsylvania Railroad headquartered in Philadelphia, Pennsylvania commonly referred to as the, “Pennsy” was for the first half of the 20th century recognized as the largest railroad in the United States by traffic and revenue carrying more than three times the amount of traffic compared to the Santa Fe, and Union Pacific railroads.

Interesting Facts About the Pennsylvania Railroad

• Throughout it’s operation the Pennsylvania Railroad acquired, owned and merged with several rail lines and companies serving more than 10,500 miles of rail line by the end of 1925.

• Operating a workforce of more than 250,000 and a budget larger than that of the United States government, the Pennsylvania Railroad was once hailed as the world’s largest publicly traded organization. Having consecutively paid out annual commissions to shareholders for more than a century, the Pennsylvania Railroad holds the record for the longest continuous returns in history.

• In 1968 and just within two years following it’s merger with the New York Central Railroad the newly founded Penn Central Transportation Company filed for bankruptcy. This resulted in the transfer of all of it’s viable holdings in 1976 to the Consolidated Rail Corporation also known as Conrail.

• Notably Conrail which was founded by the Federal Government to take over potentially profitable lines of multiple bankrupt carriers in 1997 was itself taken over in a joint buyout agreement by the CSX Transportation and Norfolk Southern Railway. This resulted in 58 percent of it’s assets including that of the former Pennsylvania Railroad transferred to the Norfolk Southern Railway and the remaining 42 percent going to CSX Transportation with Amtrak receiving the electrified segment east of Harrisburg.