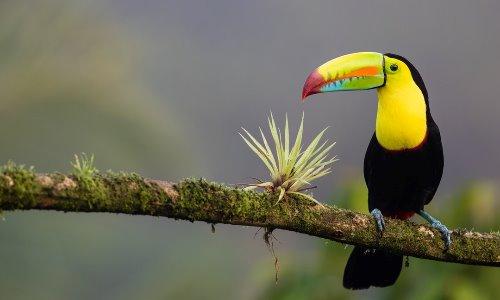 Formerly known as the Republic of Costa Rica Costa Rica is recognized as a country within Central America sharing its borders with Nicaragua to the north, Panama to the south east, the Caribbean sea east and the pacific Ocean in the West.

Prior to Spanish rule during the 16th century Costa Rica was inhabited by a number of aboriginal people, and as a country once considered as an isolated and poor colony having received its independence in the 18th century has today become one of the prosperous, stale and fast growing country within the Latin America Region.

During the early 19th century coffee planted in Costa Rica and exported to Europe quickly became the Costa Rica’s primary export and source of income tight up to the 20th century. Most of the coffee planted for export was grown among heavily populated areas of Costa Rica in the Central Plateau after which it was transported via carts drawn by oxen and placed on ships at the Pacific port of Puntarenas.

Costa Rica is notable for its fast growing environmental approach, recognizing the country as the only nation to meet the necessary requirements to be established by the New Economics Foundation in 2009 as the greatest country in the world.

▪       In 1949 Costa Rica became the first one of few crowned nations without an armed force having constitutionally abolished its standing army.

▪       Costa Rica today is ranked as sixth in the world of Latin American countries within the Human Development Index and commended by the United Nations Development Program for achieving a much higher human development compared to other countries of similar income levels.

▪       Costa Rica was the first country within the Americas after legislative approval by wide margin to place a ban on recreational hunting.

▪       Today it is still unclear how Costa Rica got its name. Whether the name la costa rica was first registered by Spanish explorer Christopher Columbus during his final voyage in 1502 of by the Spanish Conquistador Gil Gonzalez Davila in 1522 historians today have not been able to establish an accountable fact.

▪       Costa Rica during the colonial period was recognized as the southwestern territory of the Capital General of Guatemala, an administrative division in Spanish America. However its distance from the Guatemalan capital and the ban implemented against trading with Panama resulted in this region of the Spanish Empire becoming a poor and remote county consisting of scattered inhabitants referred by a Spanish governor in 1719 as the most miserable colony in America.

▪       Coast Rica similar to the other Central American states did not go to war with Spain to achieve their independence, rather as a result of the Mexican War of Independence between 1810 through to 1821 which saw the defeat of the Spanish on September 15th 1821, all territories of Central America were granted their respective independence from Spain.

▪       A large portion of the Afro-Cost Ricans who make up over 3% of the total population of Costa Rica are from Jamaican descendent who immigrated to Costa Rica and worked on the government contracted railway during the 1970’s to the Caribbean port or Limon.

MyPlayaGrande in collaboration with EarthCam networks provided viewers with an impressive live broadcast of Playa Grande located at the summit of the Nicoya peninsula in the northwest corner of Costa Rica along the Pacific Ocean. The town of Playa Grande located within the Las Baulas National Park recognized as one of the primary nesting grounds for the leatherback sea turtles is located north of the delta of the Tamarindo River, an area renown for its energetic nightlife.

Witch’s Rock Surf Camp Coast Rica known for its surf seminars is located immediately on the main surfing deck of the Tamarindo Beach popular for providing the best wave breaks along the entire beach for surfers of all levels.

The camp through its online website allows visitors an inside look of the Tamarindo Beach and a number of events via its live webcam broadcasting a live stream from a number of angles shown in the link below.

Its beaches found along the Pacific Ocean are renowned as a primary tourist destination for visitors and especially surfers in addition to a possible overnight point for visitors on route to Monteverde.

Surf Inn Hermosa offers visitors one of the best known locations for rest and relaxation. Located in the center of Playa Hermosa the resort offers one of the perfect surfing destinations within Central America positioned not more than 3 kilometers South from Jaco Beach the Inn sits perfectly in one of the most unchanging surf breaks.

Visitors to their website can view a live stream overlooking the Stay Beach Front by clicking on the link provided below.