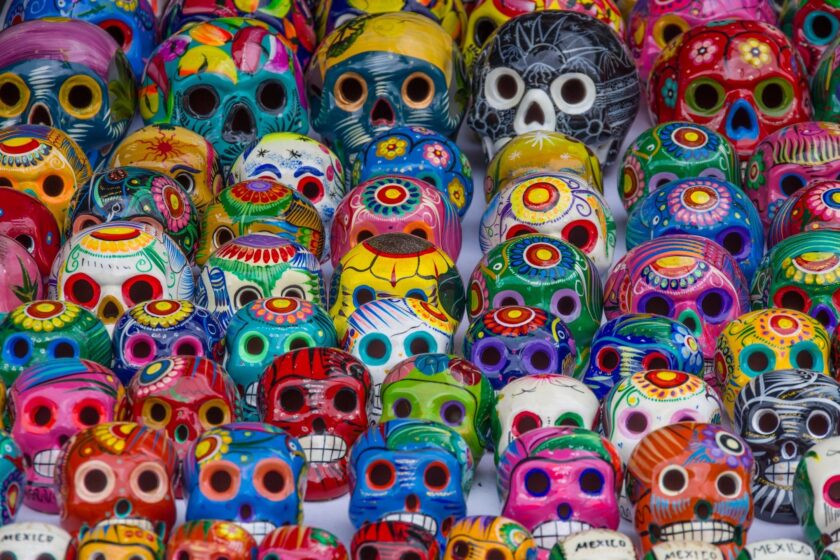 In terms of temperature Mexico City is a delight.  It goes from peaks of 26° C in the summer, two lows of 6° C in winter.  On average it sits around 21°, or what most people would call room temperature.

From sitting on top, in the early 1900s with the cleanest air of any city, to the rapid descent in the 1950s with historic episodes of rampant air pollution, Mexico City has been a roller-coaster.  Throughout the 1980s its deadly, darkening sky rivaled, and then surpassed Los Angeles.  In the early 1990s the United Nations singled it out as “the most polluted city on the planet”, hospitalizing 35,000 people a year (almost 100 per day) with pollution related health problems, and 1,000 deaths every year.

These problems led to a concerted cleanup campaign, beginning in the 1980s, which included the closing the most offensive factories, and/or uprooting them and moving them elsewhere; it included reformulating the nation’s gasoline to remove unnecessary impurities such as sulfur; it proscribed car-use for one or more days per week for everyone; and there was an increase in investment for public transportation.

By the year 2010 the city that was once rated with the worst air pollution in the world now wasn’t even in the top 10 anymore.

These moves and others have helped Mexico move forward significantly to the point where some aspects of their air pollution are not much worse than Los Angeles itself.  It just goes to show what you can achieve when you put your mind to it.  If it is often held up as an example to developing countries like China, which is home to nine of the 20 worst polluted cities on the planet, showing what can be accomplished when significant time and effort are applied.

Mexico City moved from this, to this, in just a couple of generations.  Amazing, but don’t mistake what I’m saying.

The city was the epicenter of the ancient Aztec culture, so there’s a lot of history and tradition here; on the other hand it’s also within the caldera of an extinct volcano.  About one fourth of the volcanic rim is gone, so the city is surrounded by snow-capped mountains in the form of the giant letter C.

Water outside the cone of the volcano tends to stay on the outside.  What is collected on the inside is often inadequate for the population of more than 20,000,000 people.  If you’re not visiting from Southern California you might find the water shortage is a bit disconcerting.

Bear in mind that Denver, Colorado (the Mile High City) tops out at about 1730 m, whereas Mexico City is 30% higher than that at 2250 m.  I’m reasonably sure this is what is responsible for the moderate weather at this latitude.

In the meantime those enclosing mountains still tend to trap the air.  The cleanup effort must be maintained and enhanced if they are going to continue to make progress.

This video from 2009 is quite revealing about the city itself.  Sometimes the skies are crystal blue in the video, and sometimes you can barely see the mountain’s in the background because of the inversion layer of pollution.  It varies seasonally between winter and summer.  The person recording the scenes often makes no effort to disguise the distant haze, perhaps because they’re so used to it.

This fellow sums up the entire annual weather picture for Mexico City in a video that lasts under a minute.

There are a limited number of live webcams in Mexico City.  The ones that do exist mostly consist of picture cams that refresh themselves once a minute.  This live one shows a bridge and traffic, where you could probably judge the weather adequately.  This one focuses on the Monumento a la Revolución which is well lit, day or night.  And here, in Zócalo Square, although the live cam has problemas technicos, you can see a timelapse movie of the last 24 hours.  The same is true of the Col Roma: Reforma Ángel de la Independencia, so you can look around.

Need to know what’s happening in Mexico City Weather-wise?  Weather.com has 10-day forecasts, current conditions, thunderstorm, and hail predictions, as well as flash flood warnings and information about Tropical Storms off the coast that need to be watched.

Weatherspark is the place to get both historical and predictive data, including expected highs and lows, cloud cover, measures of relative humidity, or even daily sunrise and sunset and hours of daylight.

Of course we can’t forget about accuweather.com because they’ll keep you informed on precisely how long that forecast rain is going to last…  Will it be half an hour? Will it be an hour?

And if you want an actual peek at the weather, go to www.yr.no where they not only provide the most commonly sought after weather news, but also have current camera views, in all four directions, from the Cuauhtémoc: Torre Latinoamericana (Tower).

If you want to visit, you’ll find it comfortable, but if you have active asthma, you might want to give it a miss, for the elevated pollution levels and also because of the thinner air.  It is the largest city in North America, and fourth largest in the world in terms of population.

It’s also one of the few places where a bright, modern, urban metropolis also sports an 18th century castle in the middle of town.

This webcam is located in Lake Chapala Jalisco, Mexico and gives a view from Riberas del Pilar. Image refreshes every 60 seconds and gives a good idea of current weather conditions.

This webcam is located in Puerto Escondido, Mexico and gives a view from Hotel Santa Fe in Playa Zicatela. Watch people relaxing and soaking up the sun on the beach and view current weather conditions.

This webcam comes from Gran Caribe Real Resort and Spa in Cancun, Mexico. Gives an aerial view of the beach with streaming video.

This site has an excellent collection of live webcams located at Royal Resorts in Cancun and Riviera Maya in Mexico. See beaches, swimming pools and more at different resort locations. Say hello to friends and family that might be vacationing there! Image updates every fifteen minutes.

This is an awesome traffic cam located in Mexicali, Mexico that will make you thankful that you dont have to commute there. Watch hundreds of cars in bumper to bumper traffic. Also watch various peddlers try to wash windshields, sell flowers and more. Image updates every second. This is a Live view – AXIS 240Q Video Server webcam.

Get a live view of the beach and boardwalk as seen from Seven Crown Hotel in La Paz, Big Sur Baja Mexico.

Live webcam gives a view from the top of a tall building in Tijuana, Mexico and Baja California. Webcam image updates every few seconds.

Live webcams from Cabo San Lucas, Baja Carifornia Mexico. See Cabo Bay on this cam that updates every 15 seconds. They also have other cams including East Cape, La Paz bay and more.