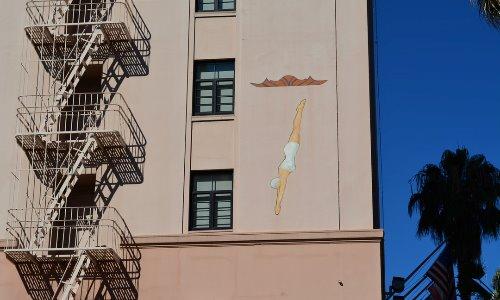 The third-largest city in California and the tenth-largest in all the United States, San Jose which in Spanish means St. Joseph founded on the 29th of November 1777 was the first nonmilitary municipality under the Spanish colonization of Alta California.

The city of San Jose having a total square area of 180 square miles sits directly in-between the San Andreas Fault and the Calaveras Fault and experiences about one to two earth quakes per year of a value or four and over on the Richter Scale.

The City of San Jose prior to receiving its statehood in 1850 served mainly as a farming district in support of the Spanish military located at Monterey and San Francisco subsequently becoming the capital when California gained its statehood.

San Jose after experiencing over 150 years in the farming industry by the mid-20th century began to observe a rapid growth increase in its population, much of which was attributed not only to World War II veterans turning home after the war had ended but also to the sudden surge of the electronic and advanced technology industry.

This resulted in a series of bold expansion policies including the appropriation of a vast amount of land space during the 1950’s through to the 1960’s in effect transforming the city of San Jose from an agricultural region to an urban metropolitan area earning it the nickname the “Capitol of Silicon Valley” by the 1990’s.

▪       San Jose by 2010 recognized for its high cost of living and extreme wealth was considered as an important node in the global economic system with a total population of 1,664,496 according to the United States Census Bureau in 2010.

▪       San Jose foregoing European colonization by its founder Lieutenant Jose Joaquin Moraga was inhabited by a Native American people of the northern and central American coast known as the Costonoan.

▪       In 1943 the technology giant IBM set up their West Coast headquarters in San Jose later in 1952 opening a downtown research and development center.

▪       San Jose is notable for its momentous landmarks including the History Park at Kelley Park, the Dr. Martin Luther King Jr. Library, Raging Waters, the Oak Hill Memorial Park among several others.

Founded in Northern Virginia on the 10th of September 2001 using their developed patent-pending technology TrafficLand broadcasted a series of live video footage taken from over 30 roadside cameras to the public via their online website.

Following the September 11th attack on the United States Pentagon this implement was quickly recognized and adopted by the United States Government as a vital utility not only for federal use but was also used by several residents in attempts to evacuate the local area and access critical information regarding possible threat on the ground.

Since the tragic event and effective use of its service TrafficLand’s concept has been widely adopted  and implemented by several nations around the world as an effective tool for self monitoring traffic patterns and conditions earning the company an award winning success in almost every one of its market segment today.

TrafficLand via its website allows viewers to watch live video streams of traffic conditions in and around the San Jose area from a number of local webcams including  Monroe Street @ San Tomas, Lawrence Expy @ Cabrillo Avenue, Bowers Avenue @ Central Expy and many more shown in the link provided below.

The California Department of Transportation headquartered in Sacramento California via their website features live video streams from a number of webcams hosted and operated by their District 4 Bay area media partners at their discretion including KUGO, KPIX, KTVU in addition to the University of

California located at Berkley.
Viewers by visiting the website can watch a live traffic broadcast from a number of locations within local San Jose including the San Jose Highway 101 North of McKee Road hosted by KTVU among others by clicking on the link provided below.

Located 17 miles east near the tip of the Baja Peninsula along the Sea of Cortez sits the San Jose Cabo, world renown for its exquisite restaurants, outstanding shopping area filled with tourists and local residents.

The Marina at Puerto Los Cabos one of the world’s first-class grounds for sport fishing often referred to as the gateway to the Sea of Cortez hosts a live webcam featuring a breathtaking view of the Marina with a backdrop of the Sea of Cortez shown in the link posted below.