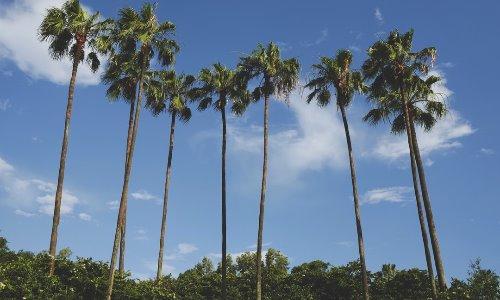 Known as the county seat of Orange County and the focus of most of the Orlando metropolitan area with a known population of 2,134,411 residents, Orlando located in Central Florida is today acknowledged as the 26th largest metropolitan region within the United States of America, sixth among the Southeastern United States and third in the Florida state.

The city of orlando is popularly recognized as the “Theme Park Capital of the World” and nicknamed “The City Beautiful” symbolizing its fountain at Lake Eola Orlando attracting a total of over 54 million tourists and international guests every year establishing the Orlando International Airport at the 13th most busiest airport in the United States and the 26th in the world.

The cornerstone of Orlando’s tourism industry is forged within its famous attractions including the Walt Disney Resort situated 34 kilometers southwest Downtown Orlando in Lake Buena Vista.
The resort opened in 1971 by the Walt Disney Company consists of a number of attractions such as the Wet ‘n Wild Water Park, Gatorland, SeaWorld, Islands of Adventure, City Walk, two theme parks of the renown Universal Studios in Florida and a host of entertaining venues most of which are located along the 11.1 miles of International Drive often referred to as I-Drive.

▪       According to the 2010 United States Census the city of Orlando had an established population of over 238,000 earning it the rank of the 77th largest city in the United States mostly resulting from the larger portion of residents inhabiting suburban areas outside city limits.

▪       The city of Orlando boasts the second largest university campus in the United States, the University of Florida.

▪       According to a nonpartisan American think tank operating out of Washington D.C known as the Pew Research Center, Orlando is today recognized as the fourth most popular city in the United States where people would like to live.

▪       Prior to the arrival of European Settlers in 1536 Orlando enjoyed a dispersed population of native American tribes including the Muskogee people.

▪       Contrary to many beliefs it is supposed that Orlando received its name in recognition of a soldier by the name of orlando Reeves who died in a reported attack by Native Americans during the period of the Second Seminole War in 1835.

Known as one of Orlando and Central Florida’s primary newspapers, the Orlando Sentinel founded in 1876 is noted for its online website hosting a number of links for a range of traffic cameras monitoring several routes along the Interstate 4, Interstate 95 as well as the Florida Turnpike.

The newspaper via its website has compiled a sequence of pages allowing visitors access to specific traffic cameras along their commute by visiting the link posted below.

WeatherBug founded by the parent company Earth Networks since 1993 throughout its history has provided some of the fastest and most accurate weather information and alerts to millions of customers across the world.

Users by visiting their website can watch a live video stream of the local traffic conditions in the Orlando Florida area featuring the Florida State Road 408 also known as the Spessard L. Holland East-West Expressway e/o Orange Avenue provided by the Orlando-Orange County Express Authority by clinking on the link posted below.

Owned and managed by the Fox Broadcasting Company, the Orlando licensed WOFL, channel 35 via their website allows viewers to watch a live video stream broadcasting from a traffic cam located along the Interstate 4 Westbound at Colonial by clicking on the link provided below.

Viewers when visiting the Orlando-Webcams website are not only allowed visual access to one of the most sought-after tourist destinations in the world today filled with water parks, popular restaurants, attractive shows and fabulous theme parks, but also have the additional option to view local traffic conditions shown by a number of Orlando Webcams.

These traffic cams are used in providing visitors with a number of still images taken from a previous video stream shown in the link below.

Or a hosted live video embedded within the website hosted by TrafficLand.com Interstate 4 traffic cam located Median shown in the below link.