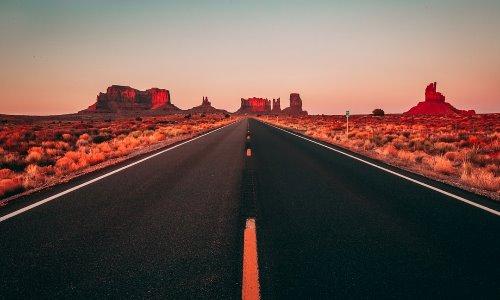 The state of Arizona sixth largest of the 50 states with its largest city Phoenix as the capital, is the fifteenth most populous state in the United States today. Arizona as one of the Four Corner states borders Mexico, Nevada, California, New Mexico and Utah sharing a common section with the southwestern district quarter of the state of Colorado.

Last of the contiguous United States to be welcomed into the Union gaining its independence on the 14th of February 1912, Arizona’s border with Mexico stretches a distance of over 620 kilometers long on the northern regions bordering the Mexican sates of Baja California and Sonora.

The Arizona Department of Transportation in collaboration with the city of Tucson and TransView.org allow users full access to a number of online video cameras available for pubic use throughout Pima County.

The westbound Interstate 10 often referred to as the I-10 shown in the video link below is known as the Pearl Harbor Memorial Highway with the segment passing through Phoenix renown as the Papago Freeway often considered as a critical element in the metropolitan freeway system in Phoenix. Viewers are able to watch a live broadcast from a number of locations along the I-10 highway featuring the current traffic conditions at any given time of day from Ina through to Drexel-Alvernon, Arizona and even sections of Valencia West.

Positioned in-between the Old County Courthouse and City Hall in downtown Arizona lies the Downtown Presidio Park often referred to as El Presidio Park situated just above an underground parking garage. The location dating as far back as from 1539 was used as a public parking facility in 1776 and was subsequently used as a military parking in 1810 by a Spanish garrison. In1846 the first ever American flag was flown in the park by the Mormon Battalion followed in 1862 by the area to be recognized as the Barrio Libre or Free Zone.

Between 1970 through to 1971 the park was developed in what is now its current state containing a military long serving memorial wall in addition to the Battle of the Bulge commemoration. The park features a small rose garden area in dedication to the late President John F. Kennedy as well as a variety of art selections including the El Soldado Cuera statue. Today this area is renown as a popular travel destination and location for several community fairs, political meetings and weddings.

Occasionally referred to as the creative heart of Tucson City Downtown Arizona is filled with a vast number of unique shopping stores, museums, music, theatre, film festivals and fine art. The area offers visitors a wide range of choices from exquisite restaurants for dining, to participating in a number of events for an exiting and memorable adventure.

By visiting the link posted below viewers can watch a live stream of the Downtown Tucson area overlooking both an an eastern and western direction.

The University of Arizona Webcam

The University of Arizona founded in 1885 today serves as public research facility to the residents of Arizona and to the worldwide population providing comprehensive education at the highest standards through continued research and extensive scholarship programs aimed to academically enroll and develop the potential of their students.

The University offers online viewers from their webcam located at the Computer Science offices housed within the Gould-Simpson building a live video stream featuring the background of th Santa Catalina Mountains overlooking north from the University campus shown in the link below.

View The University of Arizona Webcam

The Department of Transportation Arizona uses over thirty different webcams updating every five to eight minutes of the current traffic conditions within the entire Phoenix area of the city.

Online viewers by checking their commute will be able to select an existing camera from a list of locations within the Arizona state.

Live webcam located outside of Phoenix, Arizona gives a view of an authentic Arizona sunset.